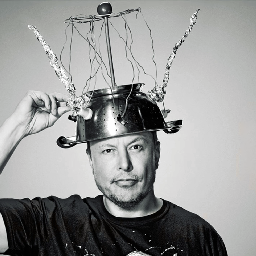 Amazon is urging the FCC to reject SpaceX’s revised plans for the second-generation Starlink constellation, claiming that they are too wide and speculative.

SpaceX offered two possible configurations for roughly 30,000 follow-on satellites on Aug. 18, breaking FCC guidelines that require details of a proposed change to be finalised before filing such an application, according to Amazon.

Although SpaceX intends to pursue only one of the alternatives, Amazon claims that filing for both increases the technical effort operators must put in to assess interference and orbital debris risks.

“Should the Commission depart from its rules and precedent and endorse the approach of applying for multiple, mutually exclusive configurations, the consequences will extend far beyond the SpaceX Amendment,” wrote Mariah Shuman, corporate counsel for Amazon’s broadband megaconstellation venture Project Kuiper, in an Aug. 25 letter to the FCC.

“However inefficient this strategy might be for the Commission and parties responding to applications, other prospective licensees will surely see the benefit in maximizing their optionality by describing multiple configurations in their license applications.”

“Dismiss SpaceX’s Amendment, and allow SpaceX to resubmit its amendment after settling on a single configuration for its Gen2 System,” Shuman asked the FCC.

Project Kuiper’s planned broadband satellites have yet to be launched.

In a July presentation, SpaceX stated that it has launched 1,740 satellites for its first-generation Starlink network, which currently serves 90,000 subscribers in 12 countries. The Starlink network’s second generation offers faster speeds, lower latency, more backhaul capacity, and the ability to serve more people globally than the first.

Both options call for about 30,000 satellites in low Earth orbit, similar to SpaceX’s original plan for Starlink Gen2 last year, but they intend to spread them out more evenly among nine to 12 inclined orbits to boost coverage for rural, national security, and first responder customers.

In terms of how these satellites are placed along different orbital characteristics, the two configurations differ.

The company’s ideal arrangement, according to SpaceX, uses Starship to deploy the constellation more quickly.

The letter comes after Jeff Bezos, the former CEO of Amazon, blasted NASA for awarding a lunar landing contract to SpaceX over his own aerospace business, Blue Origin.