As many as ten former and current drivers from Amazon’s contracted Delivery Service Partner firms  have come forward to claim that their managers have asked them to ignore basic safety matters, from jamming doors to damaged seatbelts, and broken mirrors, busted rearview cameras, and low tire tread, among others. This revelation could be a major blow to Amazon’s dealings with its 2,000 private delivery companies, which it has contracted through its Delivery Service Partner (DSP) programme. The main aim of the programme is to facilitate the daily fulfillment operations at the online retail giant, which is made possible thanks to its extensive network of 115,000 drivers. 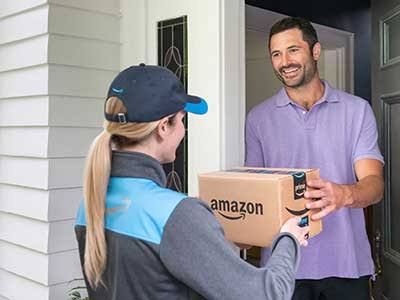 The ten drivers have provided examples of how they had often been forced to be “actively concerned” about their safety while driving for Amazon. They have added that it is them who are required to carry out a thorough “60-point check” on their vehicles, once they report to work. It is only after these checks are complete, that they are allotted their routes.

However, that’s not all there is to it, as CNBC has reported the words of Chastity Cook, a former driver in Illinois under Amazon’s Delivery Service Partner programme. Cook asserts that managers would tell then to ensure everything is “great and go.” She adds that instead of checking to see if everything is in working order, they just “check down the list.” Her claims remain unanswered on Courier Express One’s (her former DSP employer).

Amazon Wants to Help, But DSPs Don’t Want to Pay the Cost

This comes even as it is said that Amazon puts in quite a fortune into ensuring that its extensive delivery network is equipped with the necessary safety systems. These apparently include compliance audits and two day vehicle checks, and even allows for taking delivery vans out-of-service, should they be in need of maintenance. At the same time though, it can cost DSPs a number of potential deliveries, and even result in decreased revenues.

This might explain why DSP mangers urge drivers to keep their safety aside, and give more importance to deliveries and making bucks. This scenario is further complicated by the fact that payment is provided to fleet owners based on the number of parcels delivered successfully, and also on the length of the delivery route. Moreover, deductions are also made based on vehicle costs like damages, insurance, and even routine maintenance.

This isn’t the first time that delivery drivers have voiced their concerns. They have previously alleged disturbing working conditions, missing wages, and strenuous shifts.