Amazon’s Prime Air drone delivery team is a lost cause which is as good as gutted, as over 100 employees have been laid off, says a report by news outlet Wired. The division was home to a secretive drone delivery project, which was aimed at making deliveries through drones a reality in the United Kingdom. 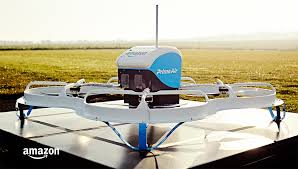 A Chaotic Project With Untrained Managers

As per the comments made by the now former Prime Air staff, the project was rather chaotic, with managers lacking basic technological knowledge about drones. The team started crumbling by 2019, barely 3 years after coming into existence, as employees started to let go of their jobs. The staff have even claimed that once, three different managers were brought in over the course of a single month.

Nevertheless, despite the lay off, Amazon asserts that employees are still working at the UK-based facility, but the company does not indulge in actually figures. Just last month, Eugene Kim from Business Insider had reported on how the rate of employee exits at Prime Air was much higher than at any other division of the online retail giant. Even in November 2020, reports had emerged through The Financial Times, about how scores of personnel involved in R&D and manufacturing at the company were being laid off.

Back then, it was asserted that Amazon had instead reached out to manufacturers like Austria’s FACC Aerospace, or Spain’s Aernnova Aerospace, with proposals for manufacturing drone components for its unit.

Meanwhile, the former staffers at Amazon’s drone delivery team have also claimed that the company’s demands about its service were subject to frequent changes, with “unnamed American executives” from the firm’s head office coming into the picture every now and then, only to double the team’s workload after giving a small relief in the form of “pizza.”

So all in all, the project tanked (or almost nearly so) because Amazon put more on its plate than it could digest, while overselling and giving the reins in the hands of the wrong people. This is how one former employee chose to summarize the division, and its rocky lifetime.

And that’s not all, as apparently, Amazon even went so far as to give its staff a heads up, asking them to train their “replacements in Costa Rica,” especially during the later period, when “short-term contracts and redundancies” led to a smaller workforce and lower morale among those who had stayed.