Ambarella stock jumps 27%: Know why did it happen? 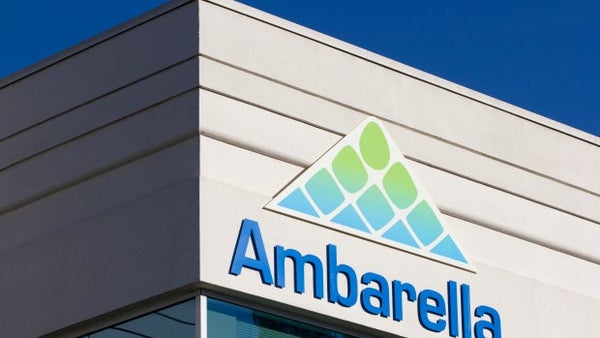 According to FactSet, analysts anticipated the firm to earn 25 cents per share on revenue of $75.7 million.

Demand is robust, according to the firm, and revenue for the current quarter might hit a five-year high.

Revenue for the third quarter is projected to be between $88 million and $92 million. For the quarter, Wall Street expects sales of $88.2 million.

“While substantial industry-wide supply-chain difficulties continue,” Fermi Wang, president, and CEO, said in a statement, “we anticipate F2022 to mark a key pivot in our company, and we are enthusiastic about our future.”

Analysts were ecstatic with the company’s most recent performance.

According to the Fly, Craig-Hallum analyst Richard Shannon upped his price objective on Ambarella to $170 from $150 while maintaining a buy recommendation on the stock. Shannon stated that the firm “beat our numbers comfortably as usual,” and provided a blowout chart demonstrating the performance of its security and car investments.

Wells Fargo analyst Gary Mobley raised his price objective to $115 from $110 and maintained an equal weight recommendation on the stock. The second-quarter results and “extremely good” third-quarter guidance is cited by the analyst.

Following a “good” July quarter beat and an “even greater” October quarter increase, Stifel analyst Tore Svanberg upped his price objective on Ambarella to $145 from $140 and maintained a buy recommendation on the stock.

According to Svanberg, Ambarella demonstrated “exceptional” profitability and operating leverage.

What’s next for the company?

By the way, what appears to have gotten investors even more enthusiastic is that sales are still increasing at a healthy rate. Ambarella expects sales in fiscal Q3 to be between $88 million and $92 million, significantly above analysts’ expectations of less than $79 million. While Ambarella isn’t predicting a profit next quarter, it did say that gross margins will remain stable, at around 61 percent to 63 percent.

That appeared to be plenty for investors, as well as experts on Wall Street. At the time of writing, five investment banks have upped their price estimates on Ambarella stock, with TheFly.com stating that Craig-Hallum expected it to grow from its current price of approximately $128 to as high as $170 in a year.