AMD showcased a version of its flagship Radeon RX 6900 XT graphics card with a closed-loop liquid cooling system (LCS) this week. The new board has faster GPU and memory frequencies than AMD’s reference air-cooled card, which is already one of the flagship graphics cards, but it will be offered only to system integrators (at least for the time being).

This additional cooling allows the card to run at higher clock speeds, resulting in improved game performance. The RAM on the Radeon RX 6900 XT Liquid Edition is significantly faster, at 18 Gbps instead of 16 Gbps on the original RX 6900 XT.

The card has a thermal design power of 330W and is cooled using AMD’s special liquid cooling system, which includes a 120-mm radiator and a fan. This isn’t the most powerful Big Navi cooler on the market, but system integrators will like it because it fits inside practically any high-end desktop PC. 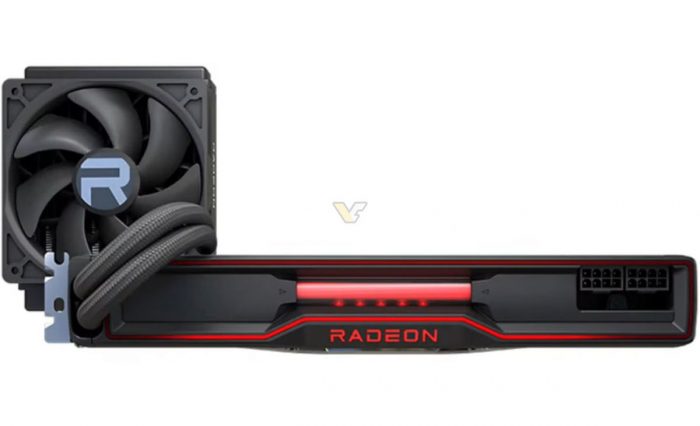 Although the high-end Radeon RX 6900 XT from AMD’s suppliers, which have three eight-pin auxiliary PCIe power connectors, the Radeon RX 6900 XT Liquid Cooled features two connectors capable of delivering up to 300W to the board. Because the card has two ports, it will work with practically any high-performance power supply.

Radeon AMD RX 6900 XT Liquid Cooled is definitely one of the world’s fastest AMD’s Big Navi GPU graphics cards, but according to VideoCardz, for whatever reason, the company has no plans to sell it in retail and is exclusively available to system integrators.

The official pricing for the Liquid Edition, which will be available soon, has yet to be confirmed by AMD. It is possible, though, that it will only be offered in pre-built gaming PCs. Given that GPU demand continues to exceed availability, the graphics card would be difficult to come by as a standalone device. The standard RX 6900 XT is listed as a $1,402 upgrade, so it appears that this liquid cooling edition will cost you an extra $825.

Maingear will be one of the first system integrators in the United States to provide AMD’s Radeon RX 6900 XT Liquid Cooled.