America’s Biden administration will roll out a tool that enables instant permits for installing rooftop solar power plants. The move comes out as a solution to address the delays and also to lower the installation costs for homeowners. 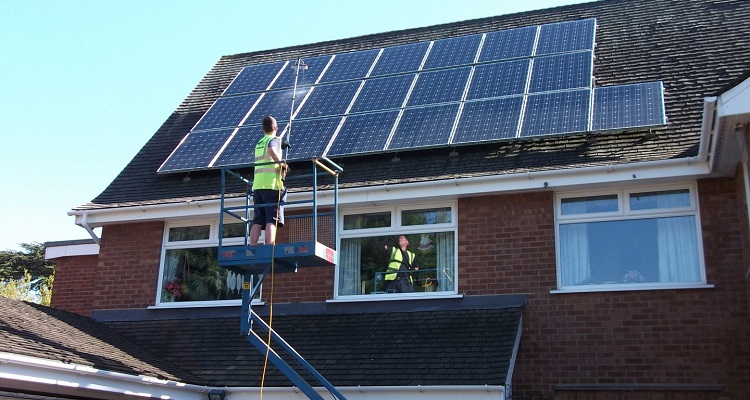 Known as Solar Automated Permit Processing (SolarAPP+) platform, will be available for local governments as an optional portal to process. Developed by DOE’s National Renewable Energy Laboratory the platform will enable an easy permit process for installing solar roof panels.

Usually, approvals take a week or more with one-third of the installation costs going for permit-related expenses. SolarAPP platform enables easy process with standardized requirements, automation of approvals, and streamlining the application. Joe Biden has been pushing towards achieving the goal to decarbonize the US electricity supply by 2035. While the lengthy process cannot be encouraging for customers, it also delays the government in achieving its goals. As said by the administration, it will help “seed the adoption of solar rooftops”.

According to the announcement, this instant permit will boost the process 5 times the earlier processes. Director of DOE’s solar energy technologies office,  Becca Jones-Albertus said, “Having streamlined processes and an automated permitting platform that can make it faster, easier and cheaper for homeowners to go solar promises to really help expand the residential solar sector.”

Having instant permits would relieve the “pain point” for solar rooftop companies. Around a third of rooftop solar companies need more than 2 weeks just for permit processes. Now, SolarAPP+ will free up their staffers who tirelessly work on permits. The tool was already tested in Arizona and California last year. Also, as per the testing phase, in Tucson, the no. of days spent on permits was reduced from an average of  20 days to zero days.

Furthermore, an official Stockon in California that adopted the tool, said their staffers were relieved from permits related to work. And saw a 26% rise in solar applications in five years. As homeowners will also be relieved from in-person permits tasks, it encourages more people to prefer solar rooftops.

Stockton’s deputy city manager, John Alita said during a DOE Webinar, “It’s rare that you can find something that works this well for all of the parties involved,”

Founder and CEO of Tesla, Elon Musk also stated while defending Solar City during his latest trial that the US solar residential market was a big hit last year. Recently he also admitted that Tesla faces challenges with permitting processes. Manufacturing one of the most advance solar roof with various color options for the solar panels, instant permits would benefit both customers and the company.

Furthermore, the tool is designed in such a way that if everything is eligible and according to the requirements, then the permit is granted. Else the applications are re-routed for an additional review. And the local governments will not need to pay for portal access in the US.