After placing a dangerous $US8000 ($A10,800) wager on Shiba Inu, a father has revealed how he became a millionaire in just six months. Rob, a former supermarket warehouse manager, was able to retire at the age of 35 after investing in the famous meme coin. 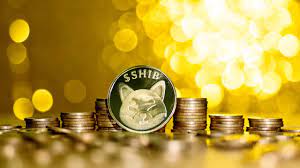 According to The Sun, the father told Fortune how he began trading cryptocurrencies to provide a brighter future for his girlfriend and children. After reading the coin’s 28-page white paper when he first came across it, he became intrigued by Shiba Inu, which was unveiled in August 2020. “I was hooked after reading that. I just took the statements at face value,” he explained.

The trader planned to invest $8000 in little increments, expecting his holdings to expand. Rob could see his holdings rising as the value of the coin continued to rise in May of this year, and he said he would check his account every hour to make sure his gains were still there.

“I come from an impoverished family,” he explained. I could never have imagined myself with this much money. However, it was not gone. It wasn’t a nightmare.”

The father then cashed in Shiba Inu for $US500,000 ($A677,000) and placed it into his bank account. According to papers obtained by Fortune, another jump in the coin’s value increased Rob’s revenues to almost $US1 million ($A1.3 million).

It comes after another trader became a billionaire and was able to purchase a home after investing in Shiba Inu last week. Even though they missed out on a larger payout by cashing in too soon, they expressed satisfaction with the outcome.

Meanwhile, a lucky crypto investor who purchased $7850 Shiba Inu coins right after they were released in 2020 became a millionaire last month. In just 14 months, the trader who bought roughly 70 billion Shiba coins in one day saw his fortune soar to $5,414,700 million.

Regardless of these fortunate individuals’ circumstances, cryptocurrencies are exceedingly volatile and can be extremely risky to invest in. Crypto, unlike other types of investments, is not regulated, therefore you are not protected if something goes wrong. One of the biggest concerns about crypto is that you can’t be sure you’ll be able to convert your assets back into cash when you need to.

A distraught trader learned that he had lost nearly $500,000 in cryptocurrency fraud. Another investor said that he persuaded his aunt to put $200,000 into Shiba Inu, only for her to lose tens of thousands of dollars in less than 24 hours.

Also read: SHIB loses over $7 billion within one week because of volatility