Japan’s Subaru unveils Solterra, the company’s first all-electric vehicle. Solterra is said to have a cruising range of 530km while the all-wheel-drive version can drive 460km. For now, the Solterra will be built by Toyota, the company which owns one-fifth of Subaru. It was the result of a two-year development project with Toyota. Solterra is a sports utility vehicle, which is in higher demand in the EV era. It is also being launched during the time when countries are tightening their regulations to reduce carbon emissions.

All electric, always capable. Plan your adventure in the all-new 2023 Subaru Solterra EV SUV. Coming 11/17, 10:45 AM PT, at the @LAAutoShow. Sign up to watch the live stream here: https://t.co/vTShoP73bR pic.twitter.com/CP4u6fqn5B

Subaru said while inviting people for the launch, “The Solterra is loaded with next-generation technology, but to learn all the details, you’ll have to be there for the unveiling.”

Meanwhile Subaru’s largest shareholder, Toyota announced a version of battery electric vehicle, the BZ4X. A shift for one of the major automakers in the world like Toyota can happen. However, for smaller companies like Subaru, there is a challenge in terms of the development of the vehicle and manufacturing. This is why Toyota will initially be making Solterra in its factory. Eventually, Subaru will start manufacturing the electric vehicle in its factory. It is also said that this is an opportunity for a big automaker like Toyota to bring in the smaller automakers and make things happen.

Subaru CEO Tomomi Nakamura said during a launch event, “The EV market is not mature yet, so we will respond to it by deepening our cooperation with Toyota.” 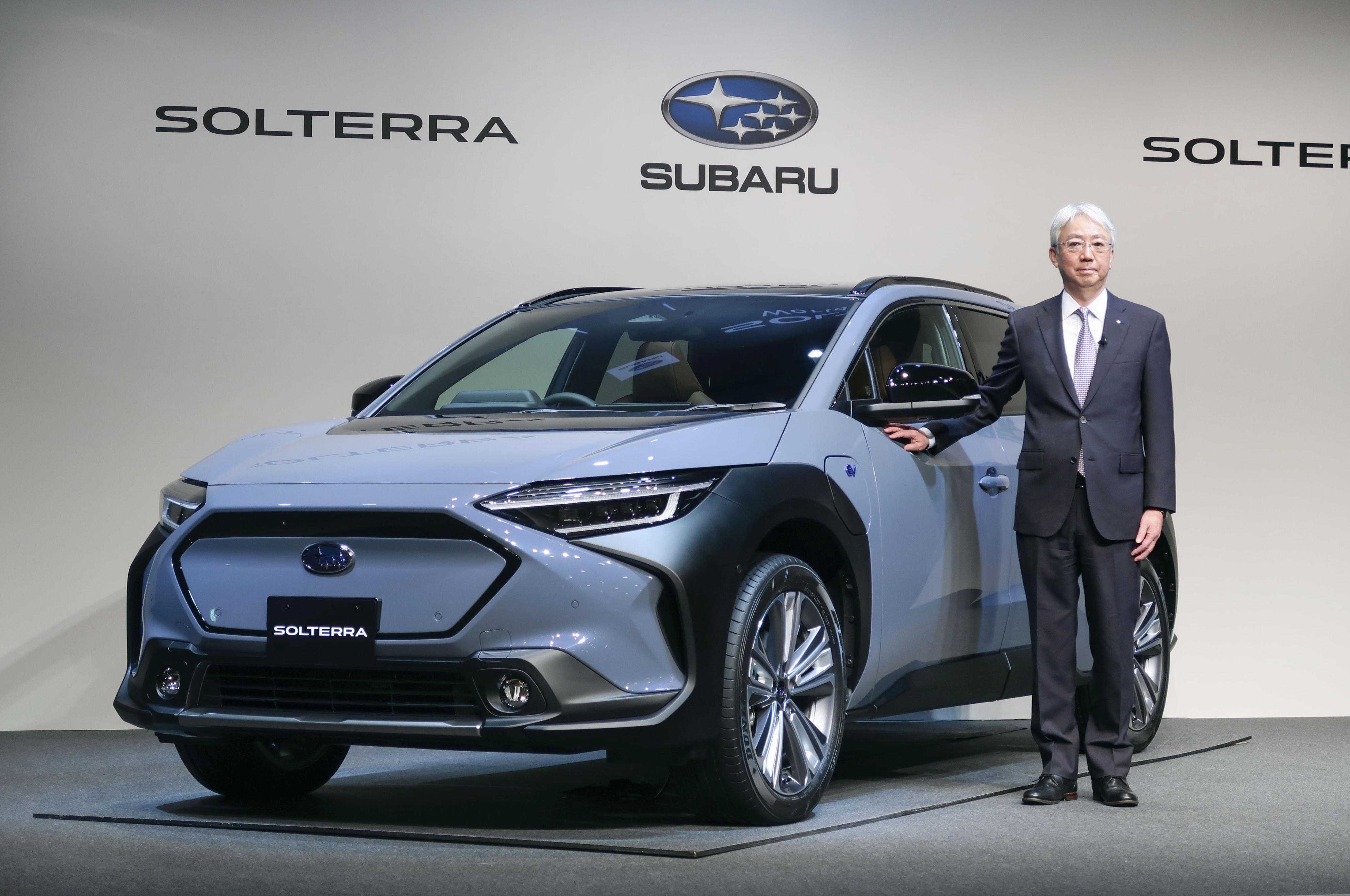 In Japan, the Solterra will be launched to the main market after being produced in the Toyota manufacturing plant. Eventually, when there is sufficient sales volume Subaru plans to launch the model in the United States. Toyota plans to have 15 BEV models by 2025. And for this, the company is spending around $13.5 billion in the coming years on the expansion of battery manufacturing capacity. Subaru sales are usually a tenth of Toyota sales.

Interestingly the Solterra will have some common things with Toyota vehicles. Like the BZ4X’s yoke, featuring a real steering wheel. Set high on the driver’s view, there is a digital cluster. The interior shown was in the rad orange color. Also, there is a large center touchscreen atop a handful of haptic buttons and the dashboard has unique fabric.

Solterra and BZ4X are known to be sibling vehicles that were developed under the joint platform e-Subaru Global Platform. Both the vehicles have many similarities.