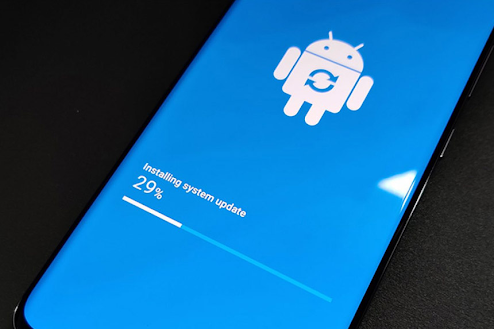 Android is one of the most widely used Operating System around the globe and Google is the parent company for Android software services, as we all must know. Having said that, there is yet another vulnerability that can directly affect the end users’ personal information by tracking all their data and movements.

‘System Update’ is the name of this new spyware application that very cleverly pretends to be your phone system update whereas in reality it is just intended to steal all personal data from the user while also monitoring their internet search history and movements.

As mentioned in a report by Gizmodo, the ‘System Update’ app was found on Android by researchers from Zimperium, a mobile security company. The company has duly classified this spyware application as RAT (Remote Access Trojan), it is malware that can remotely be accessed by a hacker to steal user data and manipulate device information from a remote location using the spyware.

According to a report by TechCrunch, Shridhar Mittal, Chief Executive Officer at Zimperium mentioned in a statement that this “System Update” spyware application is downloaded as a simple system update for your mobile Operating System, at least it portrays to be but instead it scans and sends all information back to its Command and Control Server where the hacker is operating. In addition to this, the CEO thinks that this RAT is a part of a bigger targeted attack that needs to be figured out.

Mittal also mentioned in a report by TechCrunch that this is by far the most sophisticated RAT malware the company has found and the amount of data that it is meant to steal from one’s device is horrifying. “System Update” can access all information including SMS, call logs, database files, instant messenger services such as WhatsApp messages, phone contacts and all other inventory that one has in his/her phone. Furthermore, the spyware is also capable of tracking one’s GPS location is which is truly scary. Apart from this, the hacker can also access all your pictures and even hijack your phone’s camera to take photos. The RAT spyware is also capable of turning on your phone’s microphone to record surrounding sounds, conversations and anything.

Google should be responsible for not scrutinising such applications from their platform but the Play Store is big enough and some apps find a way to escape. The authorities are looking to remove this spyware from Android but as end consumers, one must be extra careful while installing applications from either third-party sources and even from the Play Store to keep oneself safe.