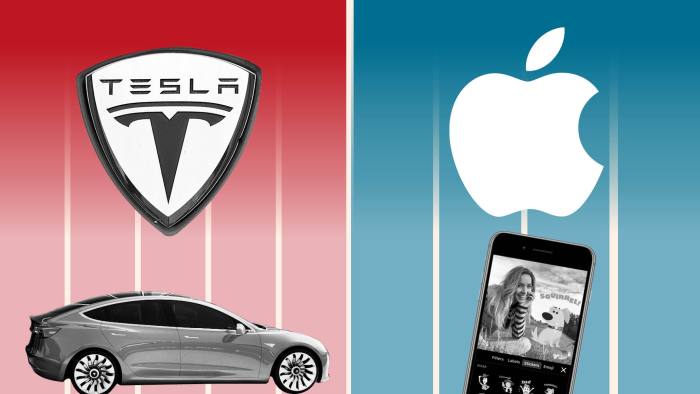 Apple’s announcement yesterday didn’t include details about using Tesla’s battery systems. The Tesla Megapack with 1 Gigawatthour is knowns as the largest battery pack made till now in history.

The original announcement said that Apple will have grid-scale storage energy of 240 Megawatt-hours of energy. This project is to make it possible for the company to shift to sustainable products and supply chain management. The already existing solar plant’s capacity is around 110 Megawatt-hours in California.

Apple’s solar project is focusing on the ability to store energy is to make it possible to use solar energy both daytime and nighttime. It is expected that the project has the capacity to provide electricity for at least 7,000 homes on a daily basis. The company’s new rules of not including the charger in shipping the iPhones are also part of their initiative to transfer to “green energy” reducing carbon footprint.

On March 8, Tesla’s entry into the Texas power industry was in through a subsidiary named, “Gambit Energy Storage LLC”. The subsidiary is constructing a 100 Megawatt power in a town south of Huston, Texas. Tesla’s Mega Battery back can charge up around 20,000 homes. When Tesla was asked about the details, there was no response from their team.

In December 2020, the news of Elon Musk, CEO and founder of tesla contacting Tim Cook to sell Tesla to Apple is still surprising. Elon admitted that the tough times’ Tesla Model 3 had throughout the year made him take such a drastic step.

During the darkest days of the Model 3 program, I reached out to Tim Cook to discuss the possibility of Apple acquiring Tesla (for 1/10 of our current value). He refused to take the meeting.

However, Tim Cook refused to talk with Elon Musk, with or without knowing the whole story. The conflicts between them are much more than this incident.

Now, Apple actually needs Tesla’s Mega battery pack, because no other existing batteries can store as much as Tesla’s. In addition to working on the powerplant, Tesla is planing to provide battery packs to Apple, talk about being ambitious.

Apple’s project, “California Flats” is still under Apple’s control. The battery pack agreement is towards making progress in environmental aspects. Both the companies are rigorously working to shift their products and manufacturing process into sustainable methods.

Apple’s vice president, gave a statement to The Verge, “If we can do it, and we can show that it works for us, it takes away the concerns about intermittency and it helps the grid in terms of stabilization. It’s something that can be imitated or built upon by other companies.”

Besides, the company is working on Lithium-based batteries to make them work on their grid. At least till their developments are successful, Tesla’s Megapack battery could be used. However, there are no details on their agreement on providing or using batteries.