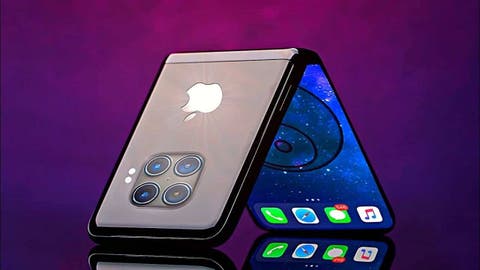 Apple is constantly innovating and it is no new news that the trillion-dollar company could be working on a foldable iPhone. The device could be called the iPhone Flip, according to some rumours. Based on a recent leak revealed by popular Apple leaker Jon Prosser, it is speculated that Apple is working on a clamshell design for the iPhone Fold or the foldable iPhones.

This new leak has put everyone’s hopes up for a Galaxy Z Flip rival from the iPhone maker. Jon Prosser has somewhat a mixed track record of his leaks and speculations being true and his leaks cannot always be considered as ‘just rumours’.

However, in the video released by Prosser, he mentions that Apple is working on two foldable devices. The first one is speculated to have two separate displays, therefore not a true foldable and another one being an iPhone with a proper foldable screen, separated by a hinge from the centre.

The latest rumours and speculations from several reports iterate around the second type being true, the one with a foldable display.

Furthermore, Prosser says that the prototype of the foldable iPhone’s clamshell design is currently being tested at a Shenzhen Foxconn factory. In a report by Tom’s Guide, it is mentioned that Apple is only testing the clamshells as an initial prototype testing for the durability of the hinge design.

Apple is a secret keeper when it comes to new devices and new technologies but speculations floating around the market are partially true in most cases. The foldable iPhone device can hit the market as early as 2022 or 2023, as speculated by Digitimes and Jon Prosser.

Apple’s design could be similar to Samsung’s Galaxy Z Flip and speculation suggest that the new foldable iPhone could be the Samsung Z Flip killer. Samsung is most likely to launch its Galaxy Z Flip 3, according to a report by Galaxy Club, as mentioned on Tom’s Guide.

The upgrade of Fold is the Galaxy Fold 2 and Z Flip came with an upgrade called the Galaxy Z Flip 5G. Several reports speculate that Samsung could release a foldable flip Galaxy smartphone with a more decent price tag for average consumers.

Apple’s foldable device is much awaited and is most likely to come with a hefty price tag too because of the new design and new technology.