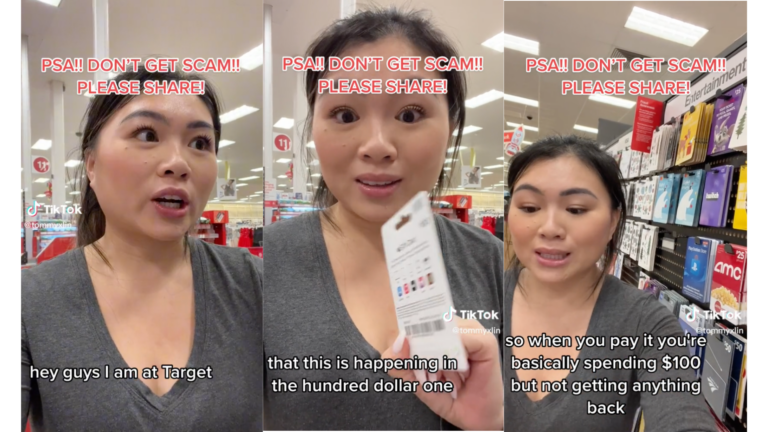 Apple $100 gift card is a scam and no ones doing anything!

Most of us have bought gift cards at least once in our life. Why? because they cost less than what they offer. At the same time, it makes for a good present for someone. However, how would it feel if you buy a gift card but are unable to claim it? This is what’s happening with the Apple $100 gift card, and you can legit call it a scam.

Tommy Lin shared a video on Tiktok about her experience with it recently. 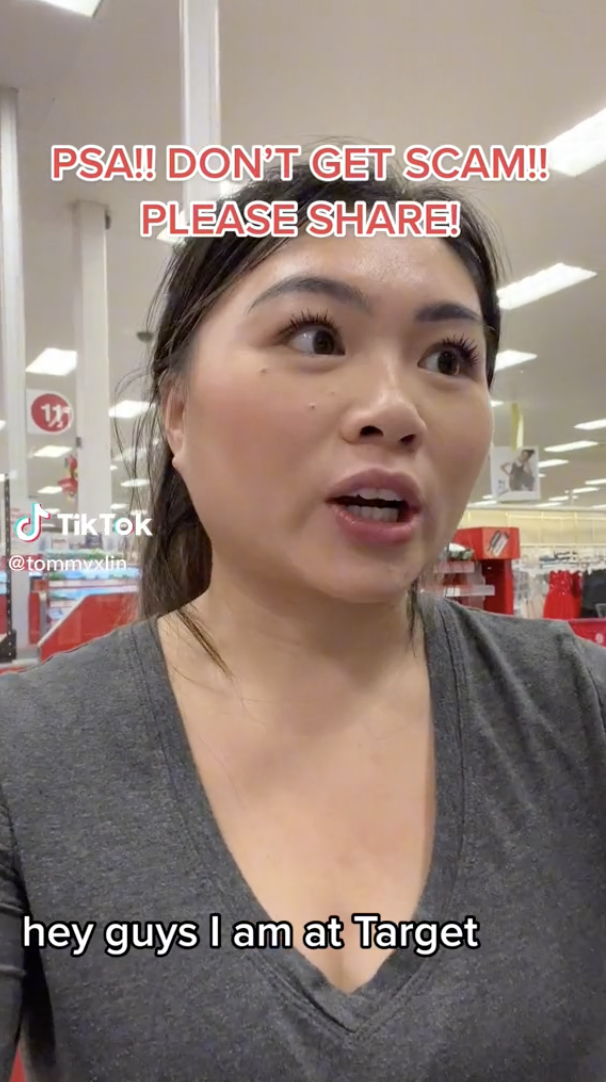 She says, “Hey guys, I am at Target. My husband and I went to target today to buy a gift card which is a $100 gift card. There’s a deal going on.”

They went to buy this because there was some sort of deal going on. However, Tommy says, “When we bought this, we paid for it. We went and opened the card and all the bar code. Boom! Well, yeah, we got all the $100 barcode all white out, so you really can’t claim them.”

So, all they could do was go back to Target and talk to the management about it. However, that didn’t help even after Tommy’s husband opened the gift card in front of them.

Target didn’t do anything about it, and the only way to get a refund was to call customer care.

Tommy also cleared that this was not happening to the $100 Apple gift card. 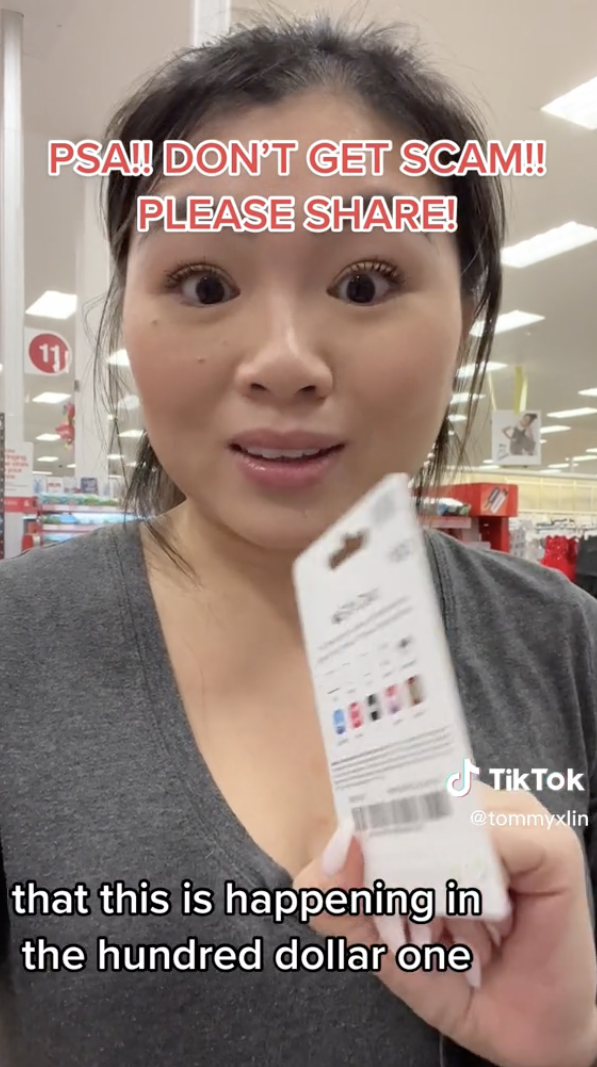 She opened two new cards, and yes, the bar codes were missing from them. Her theory is someone from the Apple headquarters is whiting them out so that they can claim it for themselves.

Tommy says, “So when you pay it, you’re basically spending $100 but not getting anything back.” And even Target is not doing anything about it.

Tommy also opened a $25 gift card, but the entire barcode was clearly visible, which means this issue does exist only with the $100 cards.

Most of the viewers explained below that it’s not Target’s fault. One of them wrote, “It’s because target can’t do anything about it! It’s a digital code. They’re just the middlemen! Dispute it and take it up with apple.”

What are your thoughts, as Tommy clearly shows that the Apple $100 gift card is a scam? Let us know in the comments below. And, if you found our content informative, share it with your family and friends.

Also Read: Jonah gets surprised by what a customer does for him!