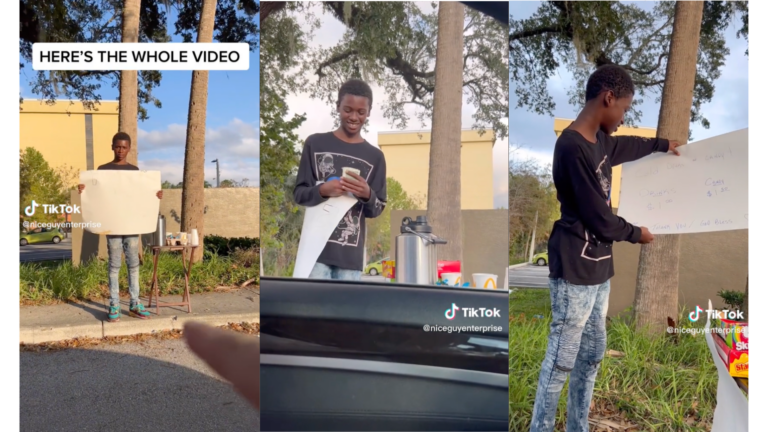 The world is still holding up because there are still more good people than bad ones. This Tiktok video shows how things work out if we are just helpful towards others. Here David meets a guy named Jonah on the street where the guy was selling drinks. Jonah got surprised by what David did for him after he offered David a free drink. 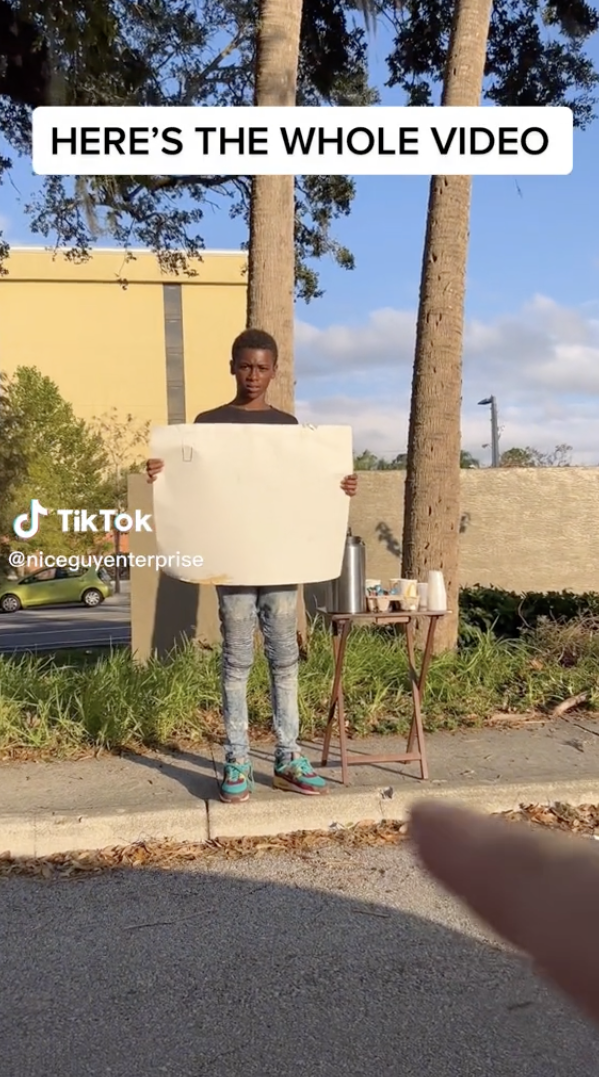 We can see David asking in the beginning, “You’re making a mix of Twist.”

David replies, “I’ll take one. How much?”

Jonah says that it will cost a dollar. David replies that he will take one right now. Yeah, I’ll take one.

But I believe that David didn’t have any cash on him, so he asked Jonah whether he had a cash app.

Jonah replied, “No, Sorry. I can give them for free if you want!”

However, David doesn’t take the free drink and says, “Well, that’s nice of you, but let me see if I have. Let me see what I can dig together. I’ll be right back.”

After this, David goes to a store and buys a lot of candies like Skittles and Starburst.

He comes back and pays Jonah $1 for the drink.

David then says, “Hey, for being so nice earlier, man. I picked something up for you too. And these are for you to sell some gum and some starburst.” 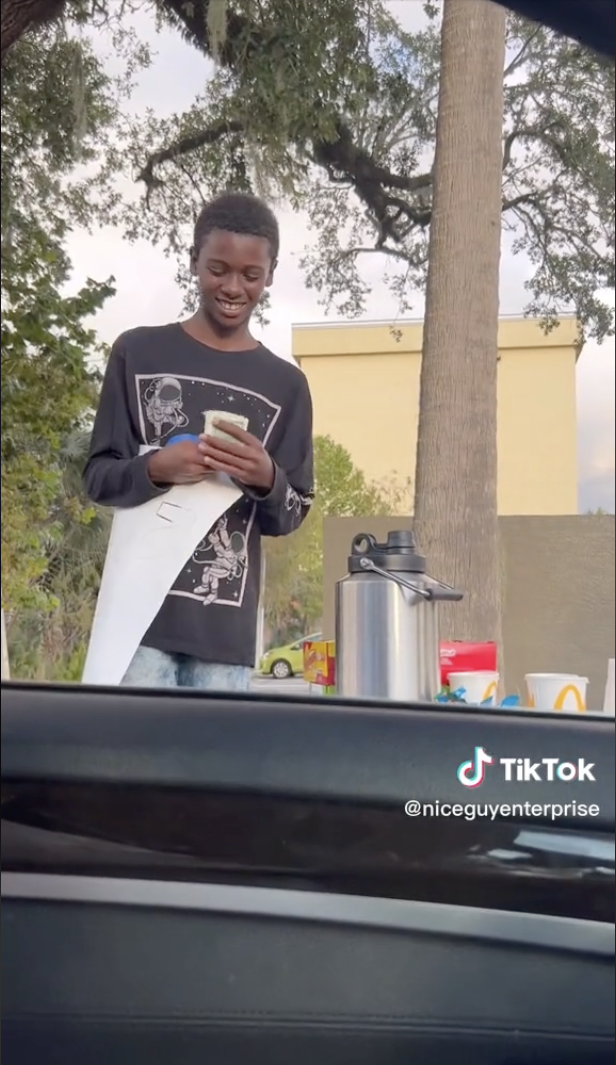 Jonah then tells David why he is selling drinks. He says, “I was like getting enough money to get a phone because my mom cracked mine. Yeah, it was like I was going to come back here and get enough money for my siblings after that. Yeah, to get like them. Some Christmas presents.”

David was so happy with what this kid was doing that he handed him another $20. He also says, “You are nice  Thanks so much for offering me a drink when I didn’t have any money.” At the same time, Jonah was unable to contain his emotions and was very thankful for the money.

David then goes to the store again and picks up a white poster where Jonah can clearly put up a sign for his drinks.

He comes back and hands it over to Jonah and asks, “How’s that look? Hold it up. Let’s see. Just wanted to make sure you had a good start through your business here.”

Jonah replies that this is kind of his first time doing business. He was then handed over another box of Tictacs by David.

However, until this point, it looks like Jonah thought David bought all that stuff for Jonah to sell for him, then he hands him a bag and says, “so you can get everything home later. That’s it, man. Keep all of this. That’s yours.”

Jonah was surprised and said, “Wait, you wait. Are you serious?” And David replies, “Yeah. It’s for your business. Thank you. Of course.”

What are your thoughts on Jonah’s and David’s gestures in this Tiktok? Let us know in the comments below. And, if you found our content informative, share it with your family and friends.