Apple Earned an Additional $6.5 Billion USD by Discontinuing the Provision of Accessories With New iPhones.

According to a recent report, Apple has profited more than $6.5 billion USD by no longer including chargers and earphones with its current iPhone purchases.

Apple announced the change in 2020 with the objective of reducing waste. Environmentalists applauded the IT titan’s announcement that it wants to reduce annual carbon emissions by two million tonnes. Despite the fact that users will not receive the charger or headphones, the products are expected to have updated hardware and higher overall quality. Apple claims that the tradeoff for keeping the same price is that the iPhone has more premium features. 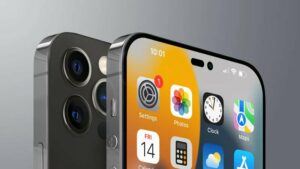 Both the earbuds and chargers are $19 USD apiece, and because these components are typically less expensive to make, Apple saves around $35 USD per device. The absence of these accessories also implies smaller packaging for iPhones, which contributes to the company’s expanding profit. Apple has also stated that its supply chain and product usage will be carbon neutral by 2023.

In other Apple news, the new 2022 Apple MacBook Air is said to include a redesigned design and more color possibilities.

Apple is said to have saved $6.5 billion by removing the charger and EarPods from the iPhone package.

In 2020, Apple released the iPhone 12 series without a charger or EarPods in the box. The company cited a variety of reasons for this decision, and now a new report claims that it saved the brand billions of dollars.

When the Cupertino-based firm first revealed that it would be deleting the charger and EarPods, many assumed that the corporation was simply seeking to save more money, despite claiming to be doing so for environmentally responsible reasons. It further claimed that removing the two components resulted in smaller packing boxes, allowing for 70% more gadgets to fit on a shipping pallet. As a result, more packaging means that Apple could send more iPhones at once.

This would also allow it to cut its annual carbon emissions by 2 million metric tonnes, which the corporation argues is comparable to taking 500,000 cars off the road. According to the Daily Mail, Apple may have saved over 5 billion Pounds so far by removing the charger and EarPods from the package, which roughly converts to about 6.5 billion US Dollars. To put it another way, the corporation may have eliminated the basic accessories from the package to offset the cost of the new 5G modem on its iPhones.

Notably, by lowering the retail box, the corporation may save its shipping expenses by roughly 40%. As a result, the price of the phone should be reduced for consumers.