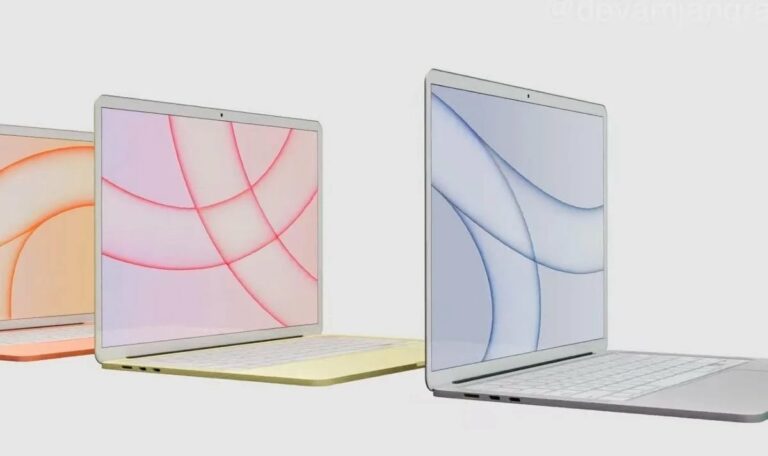 The revamped MacBook Air, Apple’s most popular Mac notebook, has generated a lot of buzz in the computer world. It might appear during Apple’s June event, according to Bloomberg’s Mark Gurman.

According to Gurman’s newest PowerOn email, Apple will introduce two new Macs in the middle of the year. One of these, according to the writer, will be the all-new, revamped MacBook Air.

If Apple is going to launch a new MacBook Air, Gurman argues, “what better location to do it than WWDC?” The firm’s annual developer conference will begin on June 6, and there is a good likelihood that Tim Cook and the business will reveal a new MacBook Air.

Since its introduction in 2008, the MacBook Air has undergone many redesigns, with the latest design having been revised in 2020. Later that year, Apple upgraded the MacBook Air with the M1 processor, but no design changes were made. The new MacBook Air is rumored to include a fresh design and a variety of colors, comparable to the M1 iMac.

It is believed to include a mini-LED display and the second-generation M2 chip. However, Apple analyst Ming-Chi Kuo expects that the forthcoming MacBook Air will use an M1 chip rather than a new M2 CPU in a tweet.

It is also expected that the upcoming MacBook Air would have two screen sizes. According to Display Supply Chain analysts, Apple is developing a 15-inch device to sit alongside the 13-inch variant. Apple hasn’t made its entry-level devices available in a variety of screen sizes.

The upcoming MacBook Air has sparked a lot of conjecture. Apple is rumored to be redesigning the MacBook Air and potentially introducing new colors. It is also rumored that Apple may update the chip in the MacBook Air. It is unclear if it will be an upgraded M1 CPU or one of the existing processors.

What else we know about the WWDC 2022 Event

The Worldwide Developers Conference is held in the first or second week of June every year, and this year is no different, taking place from Monday, June 6 to Friday, June 10.

Despite the fact that WWDC 2022 will be hosted online, Apple plans to offer an in-person watching event at Apple Park for a limited group of developers and students. The in-person component has been touted by Apple as a “special day” on June 6 that will bring select participants together to watch the event on Apple’s campus.

Apple will reveal the most recent versions of all of its software, including iOS, iPadOS, watchOS, macOS, and tvOS. Apple intends to invite developers and students to apply for a chance to attend the viewing party at Apple Park, but space will be restricted. Apple intends to share further information on how to apply in the near future.