WhatsApp To Introduce ETA While Sharing Documents This new feature has only been introduced to a few accounts in Argentina.

The most widely used messaging platform, WhatsApp, is continuing their trend by being their industry’s innovators as they plan to introduce a new feature on their app. The new feature is set to inform us how long a document will take to download or upload when you receive or send them respectively. The feature will also notify us when a document is done downloading to our devices.

This feature is already there on our devices when we download a file, document, photo or video from any website. It will let us know how much of the file is done downloading and will even give us an estimate as to how long it will take to finish downloading and then install into our device. 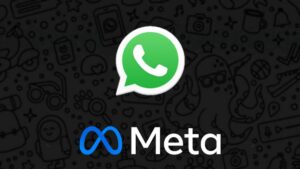 The beta testing is already almost complete and the new updates have already been available to a few employees of Meta and many accounts in the country of Argentina. This feature will be available for all files with a maximum size of 2 GB.

It has not been confirmed yet but it seems as though the latest feature can be updated only if you have the latest version of Android, Apple or Windows.

Neither Meta nor WhatsApp has announced when the company will be releasing the update worldwide. They have only come out about the upcoming feature with no details about it. This is a great marketing strategy as it creates a buzz about the new update and gets people talking about it, while at the same time as has an aura of secrecy and ambiguity to it. And that makes it all the more exciting for existing users and people who are looking to switch to the messaging app.

WhatsApp is currently the most widely used messaging platform in the world with around two billion active users worldwide. The second is WeChat which is a platform that makes texting in various Chinese languages easy. It is mainly popular in China, South East Asia and Chinese people around the world. WhatsApp is able to be at the top of their industry as they are able to come up with updates faster than their competitors.