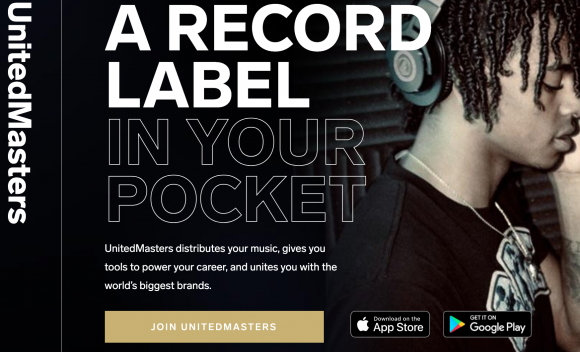 Apple Inc. has recently announced to have bought a stake in music distribution start-up, UnitedMasters that allows artists to have complete control over their work in the industry. According to multiple reports, UnitedMasters has raised USD 50 million funding in its Series B financing round from Apple Inc.

The Unique Selling Point of UnitedMasters is that it allows musicians and artists to have full rights to their music, unlike other record labels. It gives musicians an alternative to exploitive record label deals because of which many big artists, even Taylor Swift has suffered.

The Brooklyn-based start-up was founded back in the year 2017 by Steve Stoute and the way that this particular record label function is that it allows artists to pay UnitedMasters a competitive rate to distribute their music across the music industry from YouTube to Spotify to Apple Music and then they split the royalties while the master artist retains complete control and rights over his songs and other recordings.

Coming back to the funding, Alphabet and Andreessen Horowitz have also been known to participate in the company’s latest Series B financing round.

Having said that, it is important to note that investments like these are very rare for Apple, especially since UnitedMasters is all about attracting business from record labels that are the most essential part of Apple’s paid Apple Music service. As mentioned in a report by Bloomberg, Eddy Cue, Apple services executive says that the contributions of independent artists in the industry play a very significant role in driving the continuous success and growth of the music industry and apparently, Apple Inc. stands for that.

Stoute’s UnitedMasters will definitely profit from its vision to provide independent artists and creators with more opportunities and advancements in their career.

According to the company profile on Crunchbase, the music distribution company has previously raised USD 70 million in its Series A funding round led by Alphabet and with the latest USD 50 million infusion, the company’s total amount raised amounts to USD 120 million in just two funding rounds overall.

Mostly all record labels have grown to be exploitive towards artists where they take over the ownership rights of someone else’s music and work. Legal battles may or may not help the artist because one has already given their consent to sell the ownership, but it is not fair.

UnitedMasters has touched on the problem point and is there in the industry to solve it. Being backed by Apple and Alphabet is a big step for a start-up and it will surely bloom into success.