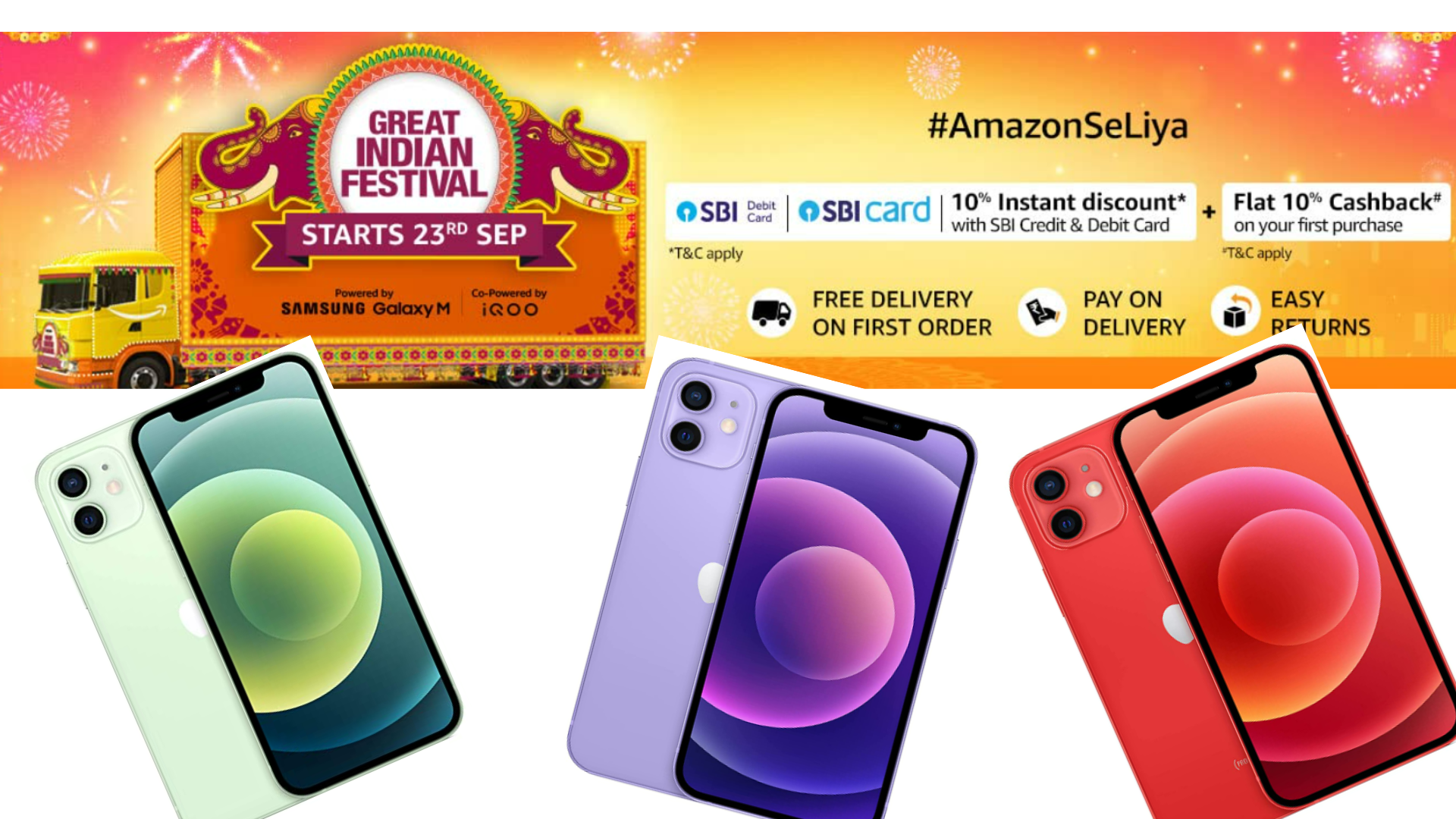 As of now, we all must be aware of the fact that Amazon India has been gearing up towards starting their new festival sale called the Amazon Great India Festival Sale for this season. We have much range of products including electronics and all the way going smartphones and fashion which will be sold at mind-boggling discount rates.

Here in this article, we will be talking about the discounts you will receive on smartphones especially here we will discuss the discounts on Apple iPhone 12 series. However, you can also have a look at discounts provided on other smartphone brands including Samsung, Xiaomi, Oppo, and more.

Although alongside Amazon, we also have another e-commerce giant, Flipkart who will be hosting their new sale day called the Big Billion Day Sale where we will again get to see a new set of discounts provided to smartphones, appliances, and a lot of other products. We already have covered an article about the sale, so you can have a look at the article here:

If we go with the teaser revealed by Amazon India, it’s been speculated that this flagship level smartphone, Apple iPhone 12 series will be sold for a budget pricing of below Rs. 40,000. However, for this price, you will be getting in hands with the new 64GB variant of the smartphone.

As of now, this smartphone has been unveiled for a price tag of RS. 59,990 for the same 64GB variant within the Indian markets.

Regarding the pricing, Amazon India claims that this Apple iPhone 12 series has been sold for the lowest ever pricing. Let’s now get to the specification side, here the smartphone features a bigger 6.1-inch screen in the front which is an OLED panel and spits out the brightness of up to 1200 nits.

This smartphone also gets the power of the powerful Apple’s Bionic A14 chipset onboard and also on the back side you get a flagship level 12MP camera sensor. Here the smartphone gets IP68 water and dust resistance as well.

To avail of extra discounts, you can use the Amazon partnered bank which is SBI. Here we will get to see an extra discount of up to 10% on SBI cards.