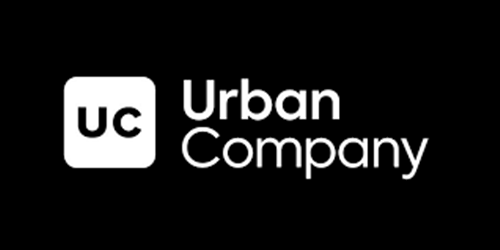 Urban Company reported a net loss of around 514 crore Indian rupees during this financial year. The app-based company has reported 265 crores more loss compared to the previous year. Losses incurred by the company are mainly due to the effects of lockdown, it is believed.

In a statement, the company said that its business activities were affected due to the lockdown, as its beauty services could not function during the period. Urban Company attributed its losses in quarter one this year to lockdown.

Reportedly, the company was able to make a comparatively higher profit during the current financial. Urban Company’s profit saw a 75% increase this year, compared to the previous year. However, during the same period, the company also saw its expenses rise by 89% compared to the previous year. Reportedly, the urban company is dependent on technology.

Urban Company said in a statement that, it could bounce back from losses by relying on cleaning and disinfection which were popular during the period.

We double-dived on services such as cleaning and disinfection which were seeing consumer traction. As a result, we were able to quickly bounce back from the impact of the second wave in a quarter and demonstrate strong resilience, ” The company’s report said.

Reports bring out that, Urban Company was founded in the year 2014. It aimed to provide comprehensive home-related services which included, plumbing, spa, cleaning, carpentry etc.

Reportedly the company has executed around 33 million bookings with earnings of 401 crores from them.  The Urban Company app has a 4.8 rating on Google Play Store and it has been downloaded by more than one crore people. Urban Company (previously known as Urban Clap) app has been reviewed by more than nine lakh people.

Urban Company which claims to be Asia’s largest home company also boast of serving over five million consumers on its LinkedIn page. It further brings out that it has a presence in a total of eighteen cities in India. The company says that it has more than 25 centres across India.

Urban Company has spread its tentacles in more than fifty cities including in the countries like Australia, UAE, and Singapore. Urban Company’s value increased to one billion after the company managed to raise 75 million dollars.