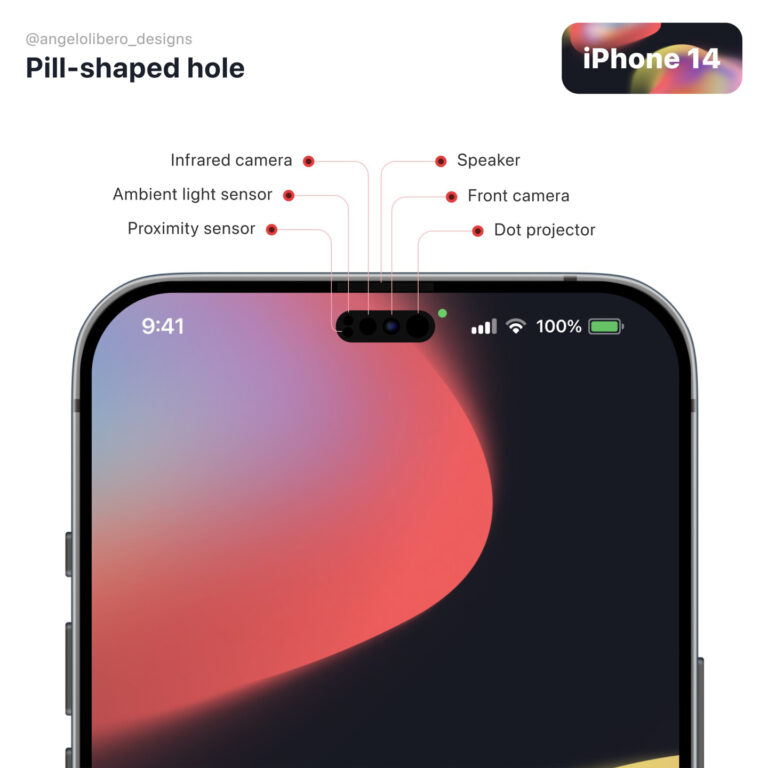 The iPhone 14 has already made its rounds. The new iPhone 14 series has been getting a lot of attention lately, and it looks that the smartphones will have some substantial changes that were expected in future iPhone models.

Bloomberg’s Mark Gurman recently stated in his latest Power On newsletter that the iPhone 14 series devices will not include a notch for storing sensors. Instead, a pill-shaped cutout will be placed on top of the screen.

The notch was necessary to accommodate the sensors for the front-facing camera and the Face ID function, according to Apple. So it’ll be fascinating to see how the Cupertino-based tech titan manages to cram everything into such a little area.

The fact that there have been several reports of the same incident nearly confirms this discovery. Apple first debuted the notch with the iPhone X, and it has stayed mostly unchanged since then. The TrueDepth camera array includes an infrared camera, a flood illuminator, a front camera, and a dot projector.

On the Apple iPhone 14 and iPhone 14 Max, the notch will stay, while the Pro versions will have a new pill-shaped punch-hole cutout for housing the sensors. According to some rumors, Apple will employ a laser-based time-of-flight architecture for Face ID, while others say Apple will adopt a unibody lens design to shrink the front camera module.

A supply chain report obtained by 9to5 Mac confirmed that LG will supply Apple with display panels featuring hole-punch cut-outs. LG has reportedly given OLED panels to Apple for the first time, according to TheElec. LCD screens were previously provided by LG for prior iPhone models.

Apple’s iPhones will be released in 2022, and the company will offer thin-film transistor (TFT) OLED panels made of low-temperature polycrystalline oxide (LTPO).

Apple will obtain LTPO TFT screens with 120Hz support and sophisticated technology similar to those used by smartphone makers in premium OLED panels for premium devices.

According to the speculation, punch-hole cuts will be included in OLED panels used in future iPhones. In 2022, Kuo predicted that the iPhone would have a 48MP lens. If the allegation is true, it will be a major upgrade over the iPhone 13, which features the main lens with a resolution of 12MP.

This might, however, be limited to the top-of-the-line iPhone 14 models. The iPhone 14’s lowest model will keep the 12MP primary camera.