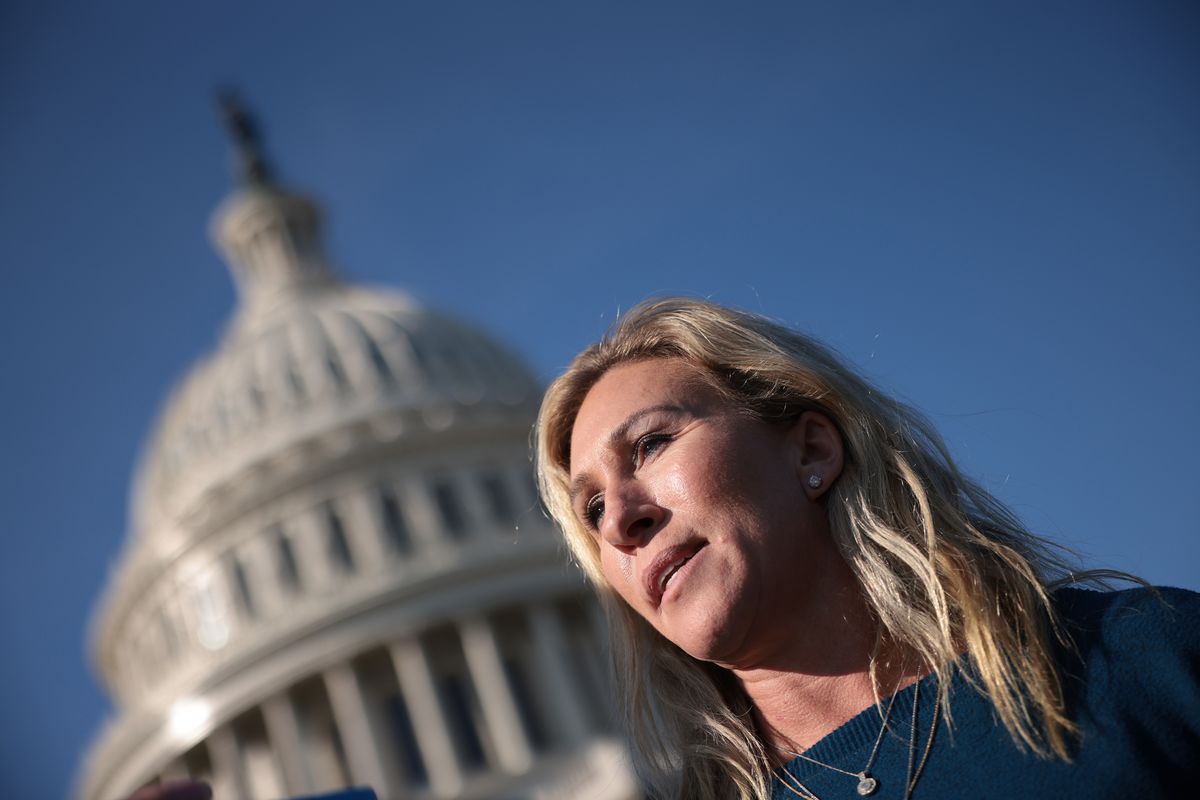 In March, Twitter announced that accounts that persistently disseminate COVID-19 vaccination disinformation would be permanently suspended. Greene’s official Twitter account, which represents the rookie Republican from Georgia, is still operational.

Greene responded to Twitter’s decision on GETTR, a conservative social media network founded by Jason Miller, the former president’s chief spokesman in 2016 and a senior adviser in his 2020 campaign. “When Maxine Waters can go to the streets and threaten violence on Twitter, Kamala and Ilhan can bail out rioters on Twitter, and the terrorist IRGC’s chief spokesman can tweet mourning Soleimani on Twitter, but I get suspended for tweeting VAERS statistics, Twitter is an enemy of America and can’t handle the truth. That’s fine; I’ll show America that we don’t require their services and that it’s time to vanquish our adversaries” Greene penned the piece.

Conservatives have chastised Democratic Rep. Maxine Waters of California over statements she made in 2018 encouraging people to “push back” on members of the Trump administration in public and “inform them they’re not wanted anymore. Greene also suggested an unproven link between Vice President Kamala Harris and Minnesota Representative Ilhan Omar’s support for the Minnesota Freedom Fund, a group that helps low-income people who need money for bail. Support for the Fund has been associated by some conservatives with a willingness to pay out rioters who destroyed property following the police officer’s murder of George Floyd in Minneapolis last year.

Greene’s suspension comes nearly a year after Twitter permanently blocked Trump from accessing his account, citing the risk of future instigation of violence in the aftermath of the fatal January 6 siege of the Capitol by Trump supporters. Greene has become one of the most divisive politicians on Capitol Hill since her election to the House, relishing the type of partisan warfare that characterized Trump’s presidency.

Greene was removed of her committee assignments last February, just weeks after taking office, in an uncommon step by the Democratic-controlled House after the representative pushed a variety of conspiracy theories and endorsed political violence on social media.

Greene’s strong speech and actions have continued to draw notice; a conflict she started with Rep. Cori Bush of Missouri prompted the Democratic congressman to relocate Capitol Hill offices to avoid being in the same orbit as the Georgia Republican. Greene linked mask mandates to the Holocaust in May, then apologized the following month, but then compared President Joe Biden’s pleas for Americans to be vaccinated against the coronavirus to the Nazi regime.

In July, she tweeted, “Biden promoting a vaccine that is not FDA authorized shows Covid is a political instrument used to manipulate people.” “People have a choice; they don’t need your medical brown shirts knocking on their door demanding immunizations.” People cannot be forced to participate in the human experiment.