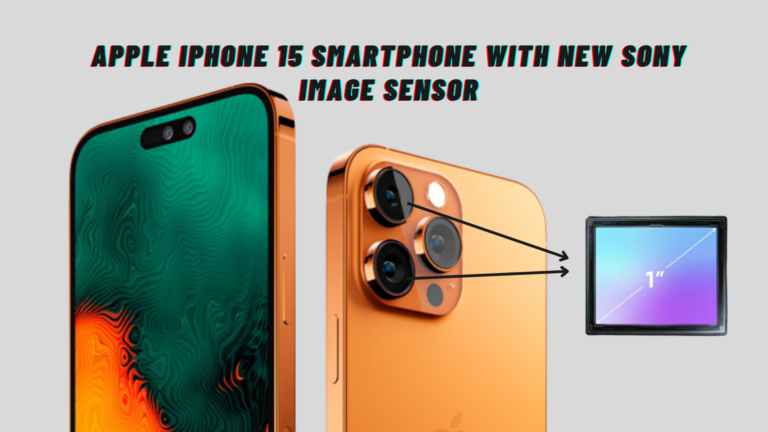 Following the release of the new Apple iPhone 14 series in October of this year, we are already seeing new rumors about Apple’s forthcoming flagship for the year 2023. The new iPhone 15 will be the name of these new flagship handsets.

As of today, it has been stated that we will see significant modifications on this smartphone and that the Cupertino giant will be trying to fix its faults, which mostly involve the new camera troubles that were focusing on the objects.

To address this issue, the Cupertino company is working on delivering a new Sony sensor for their forthcoming smartphone. This might be a significant leap for Apple, as they have already made the step from a 12MP sensor to a 48MP sensor for this year’s iPhone 14 series. If you’ve been anticipating this new smartphone, we’ve got you covered with all you need to know:

The rumor comes from a prominent journal called Nikkei Asia Review, which claims that Apple is preparing to collaborate with Sony, the top photo sensor maker.

Sony has been a major producer in the smartphone industry, working year after year to offer the new IMX sensor which probably will be a 1-inch massive sensors! The companies’ collaboration with Apple will allow the new sensors to be featured in Apple iPhones starting in 2023.

According to rumors, Sony’s planned new sensors will be able to collect more light and also work towards modifying the lighting conditions by preventing overexposure images.

This was Apple’s primary goal with camera sensors, however, it appears that Sony was able to construct the necessary architecture for Apple. Sony has also demonstrated the capacity to improve low-light capabilities while also lowering the output noise of acquired photos and movies. There are still rumors circulating that this Sony Image sensor will only be available for the top-tier Pro versions.

What are the other leaks we know?

According to recent reports, Apple will be adding more new sensors on the back side of the camera, with new Periscope sensors being the most notable.

The dedicated periscope lens rumor comes from a well-known informant called Ming-Chi Kuo, who is recognized for giving trustworthy information about new Apple products. The source also stated that the Apple iPhone 15 Pro Max smartphone would include a specialized periscope sensor.

This move by Apple is intended to compete with other Android smartphone competitors, including the next Samsung Galaxy S23 series, OnePlus 11 series, and others.