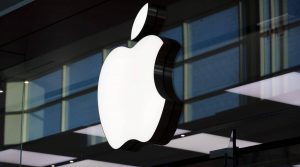 An announcement was made by Apple concerning a laser company that will be awarded an amount of $410 million. The company in question is II-VI, which will receive the money from Apple’s Advanced Manufacturing Fund. The technology provided by the company is the base on which various applications of Apple such as FaceID, Memoji, and Portrait mode are built. Apple CEO Tim Cook had also mentioned the role played by II-VI in one of his tweets.

The lasers that are used in LIDAR scanner, particularly found in iPhone 12 Pro and iPad Pro are manufactured by the same company, indicating the key role played by the latter in Apple’s operations. This technology is also credited with the title of being the door to augmented reality experiences.

The investment made by Apple in the company is clear evidence of the tech giant’s slanting towards building a future that encompasses AR and VR. Apple had also invested a monumental amount of $390 million in the company Finisar, back in the year 2017. Finisar is a company that II-VI acquired.

II-VI is focused on the manufacturing of devices that facilitates enables computers to view the world in 3D.

The infusion of the money into the operations will help II-VI to enhance and polish its technology, adding newer levels of upgrades that can refine its capabilities and potential. The technology is already used in Apple devices, and a more advanced version of the same might be incorporated into the rumored mixed reality headset, adding to its attraction.

According to the CEO of II-VI, the partnership with the tech giant, “sets the stage for a new wave of breakthrough technologies that we believe will enable a wide range of applications that will benefit our world for decades to come.”

The funds received will also facilitate the expansion of the company’s manufacturing capacity, creation of new jobs, in addition to accelerating the delivery of future components for the iPhone.