American microblogging and social networking service Twitter has struck a partnership with The Billboard Hot 100, the standard music industry record chart in the United States for songs, to launch The Billboard Hot Trending. Billboard charts present the relative weekly popularity of songs and albums in the United States and elsewhere in a tabular form. This will be a new kind of Billboard chart that will be powered by the social media company to display the songs being talked about most on the platform and will serve to track general trends in the world of music. All developments on the chart will be in real-time. 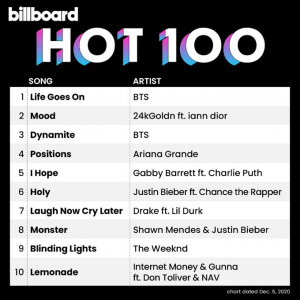 In a Digital Content NewFronts presentation, the company stated that the chart will refresh every 24 hours, and will calculate the music conversations dominating Twitter at any given moment. The media giant also mentioned that advertisers will be able to connect to The Billboard Hot Trending through unique and novel advertisement formats that will be broadcast live on Twitter and across Billboard. These advertisers will also be supported through the provision of editorial coverage, video content, and organic support from talented sources.

Since users can initiate a conversation around any song, there is a possibility that the list will not only contain newly released tracks, but older classics, as well. The 24-hour refreshment cycle is being used so that the chart can keep up with new conversations, and so that users have a reason to keep checking it for any new and major changes.

Twitter has also revealed that it has partnered with Genius, an American digital media company that invites singers to provide annotations and interpretation to song lyrics, poetry, news stories, and other documents. Users of the website are allowed to do, as well. This partnership was initiated so that Twitter could work on expanding the audience for Genius’s flagship show Verified, wherein musicians talk about the meaning behind their songs.

Meanwhile, its other partnership with Refinery29 – American multinational digital media and entertainment website focused on young women – will display content for and by Black and Latinx women. Moreover, Tastemade, a video network that offers food and travel-related programming for online audiences, will also launch two new food franchises on Twitter, one of which directly puts culinary professionals on the platform.

In terms of content related to sports and gaming, Twitter has expanded its existing relationship with Major League Baseball (MLB) and has included a two-year deal to produce live content around important baseball events, such as the MLB at Field of Dreams and T-Mobile Home Run Derby. Additionally, Twitter will present original NBC programming on the platform live from Tokyo to cover the upcoming Tokyo Olympics.

The company has also signed deals with Riot Games, National Hockey League, the Women’s National Basketball Association, and NBCUniversal News. These partnerships serve the purpose of transforming the use of Twitter beyond simple tweets and change the way people view and use the website.