Apple Live 14th September 2021 Event – Live Blog Updates Apple has scheduled it's new Apple Event for this year and will introduce some of the new Apple Products including iPhone and more, checkout for more:

Tech giant, Apple has finally come up with its main tech event for this year where definitely we will be getting to see Apple updating its iPhone flagship lineup to the latest 13 series iPhone! Yes, finally Apple iPhone 13 series is coming! Here we will be updating you with the latest stuff happening in the live event, so do stick with our blog for more updates: 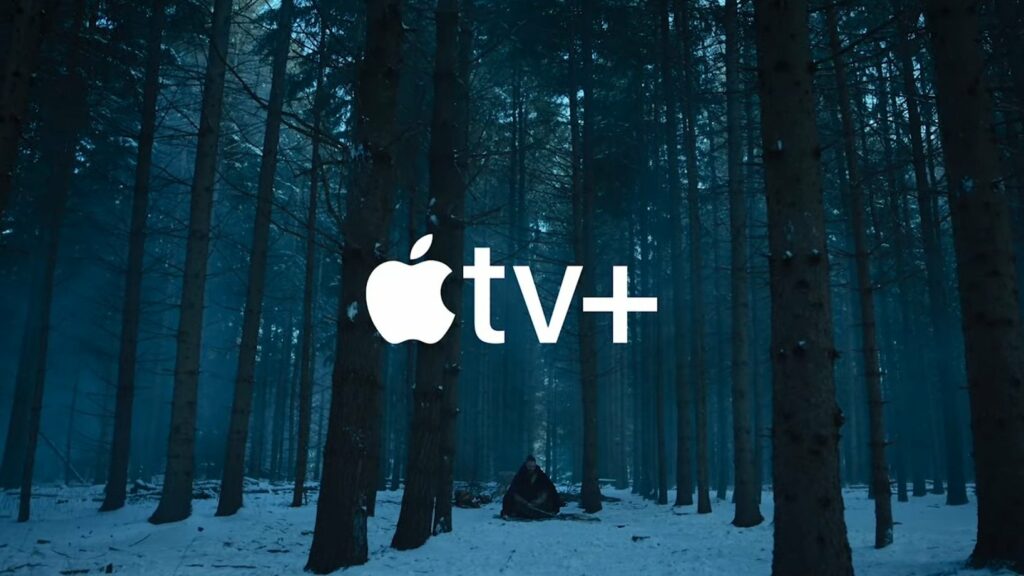 Tim cook walks in talks about the new updates taken up by Apple for bringing new series and seasons for the series. This year Apple is reportedly said to include new shows like The Morning Show, Foundation, The Problem with Joe Stewart, Invasion, Swagger, Finch, The Shrink Next Door. 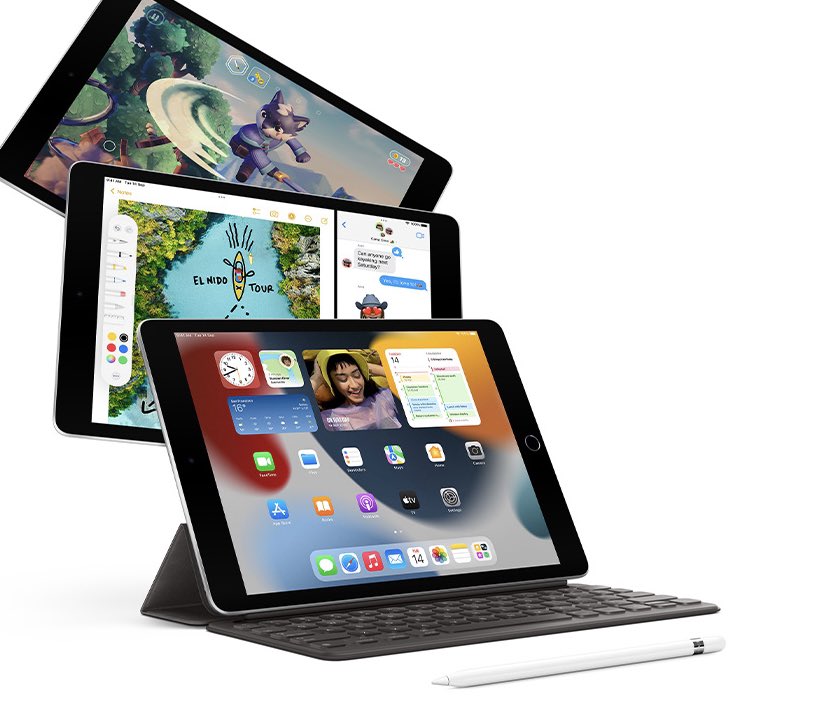 Tim cook brings up the topic of new gadgets by Apple for 2021 and has started with the Apple iPad series. The Apple iPad 2021 series is powered with A13 bionic which is 20% powerful than its predecessor processor like Apple’s A12 Bionic chip.

Also, it’s been claimed that the new iPad series has introduced some new upgrades on-camera section which includes a 12MP front camera, and also a new function called “Center Stag Function” which helps in detecting people in video conferencing works. 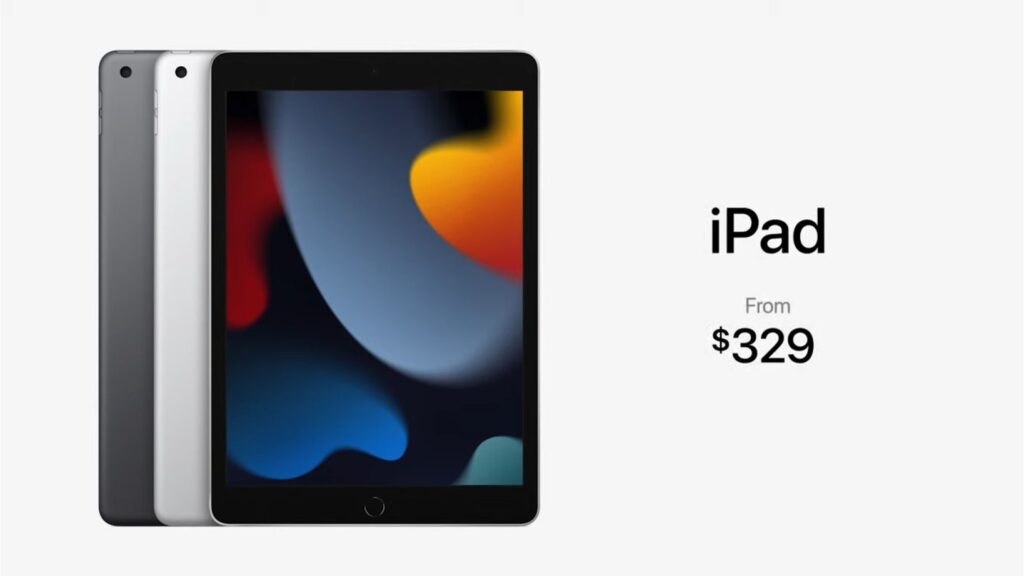 Apple iPad 2021 series again goes with the same design and its’ been said that the new iPad will also be compatible with all the accessories including the all-new Logitech’s third-party keyboard.  Also, the iPad series 2021 will be coming with the new iPad OS 15. The iPad 2021 is been priced for %329 for 64GB variant and for education purpose you can get for $299. 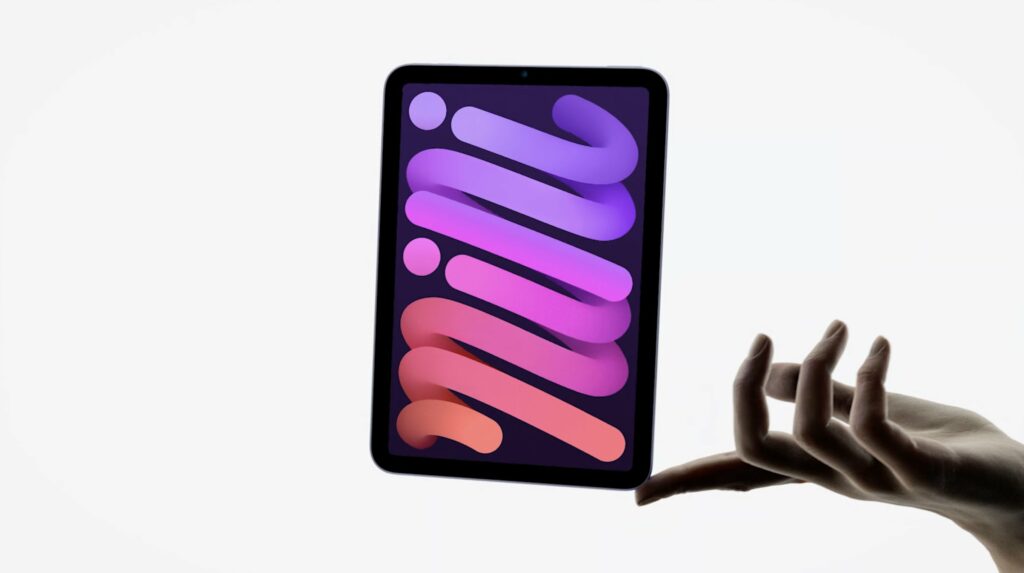 Apple iPad Mini in the front features an 8.3 inches 500 nits liquid retina screen. The Touch ID support has been given on the top side of the iPad.

Getting to CPU, iPad Mini 2021 sees a massive performance boost by 40% from the last year’s product. And the neural engine powers get 2X more powerful. 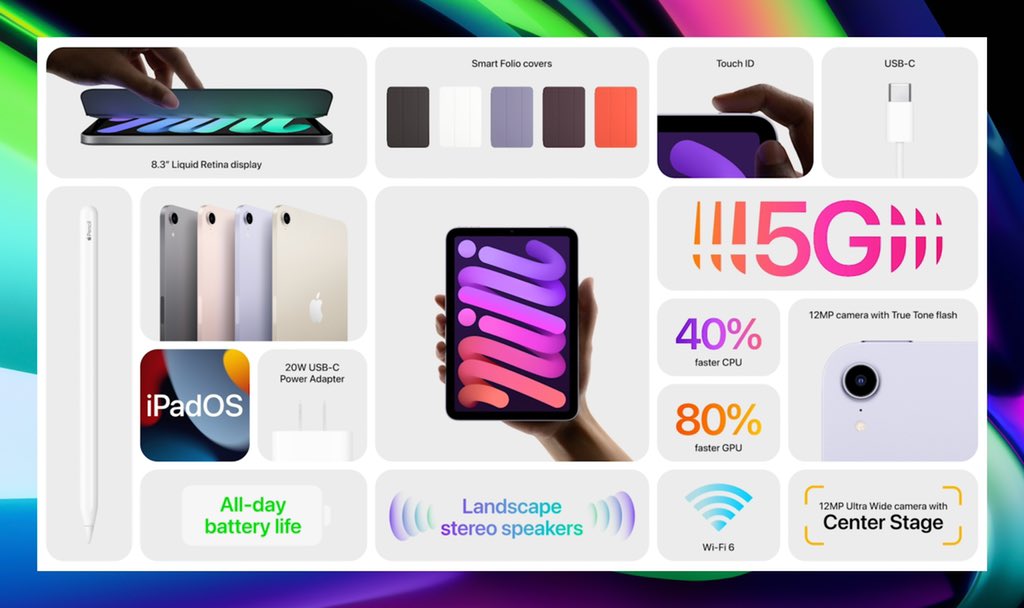 In terms of connectivity, Apple iPad min gets supports for USB Type-C support making it easier to connect with thousands and thousands of other devices. Also, 5G is now in the Apple iPad Mini series!

In the camera and audio segment, here both front and back camera has seen an update which includes a 12 MP back camera which is also capable to record in 4K. 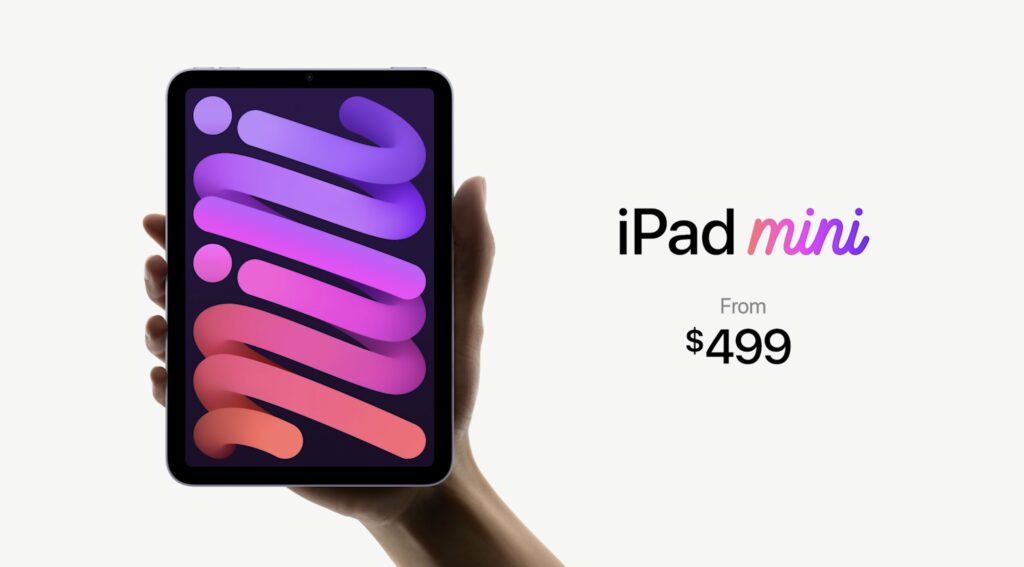 On the front, the Apple iPad Mini series gets the support for 12MP ultra-wide camera with Center Stage Function, and also you will get dual stereo audio support also. Apple iPad Mini 2021 also gets support for 2nd generation Apple Pencil. iPad Mini stars for the price of $499 which can be ordered today and will be delivered by next week. Both iPad series are made with 100% recyclable aluminum material. 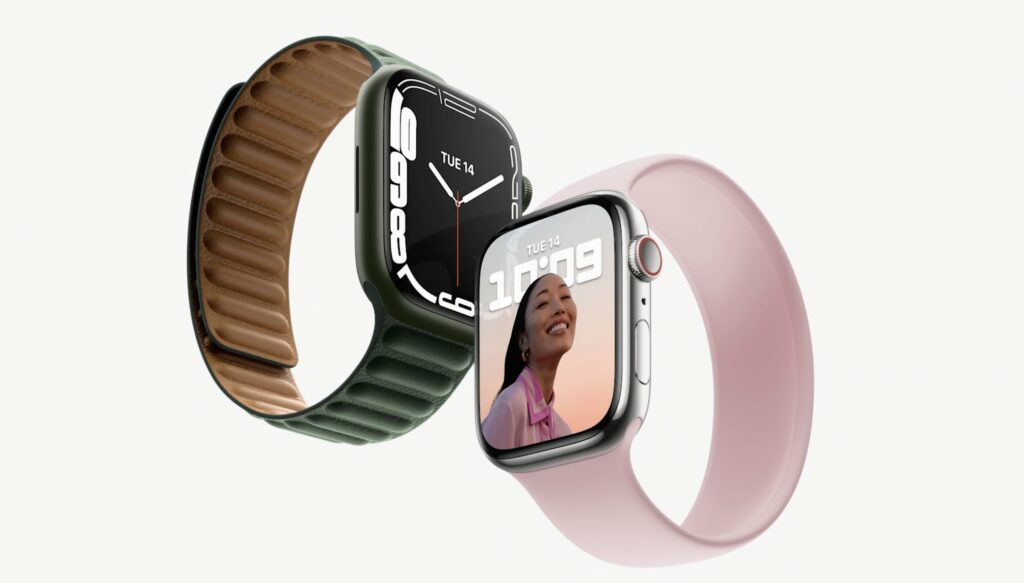 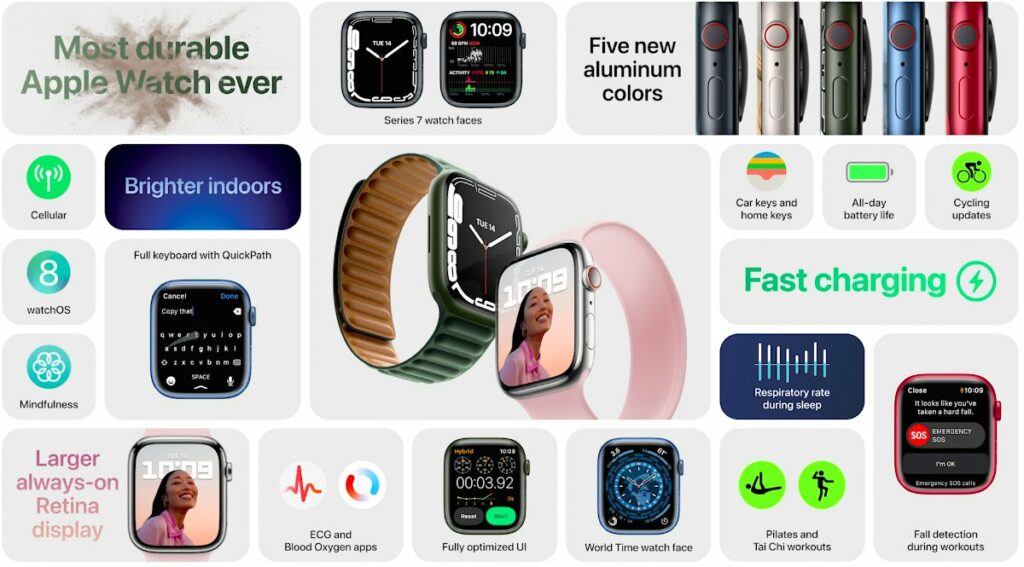 The new display is 70% brighter than before! Also, now with the new bigger area screen, now you can also read 50% more messages, and also you can type and chat via your smartphone. 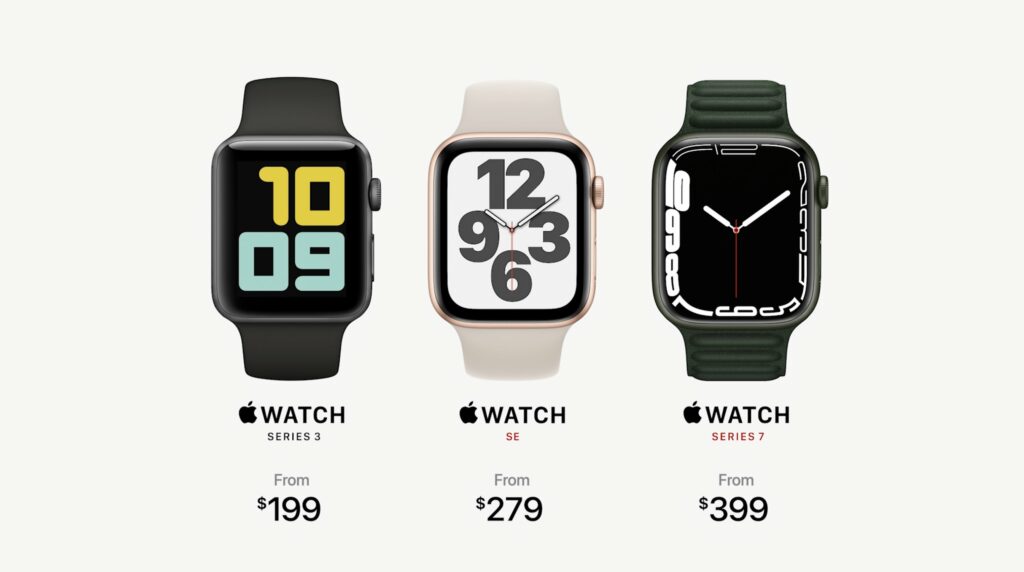 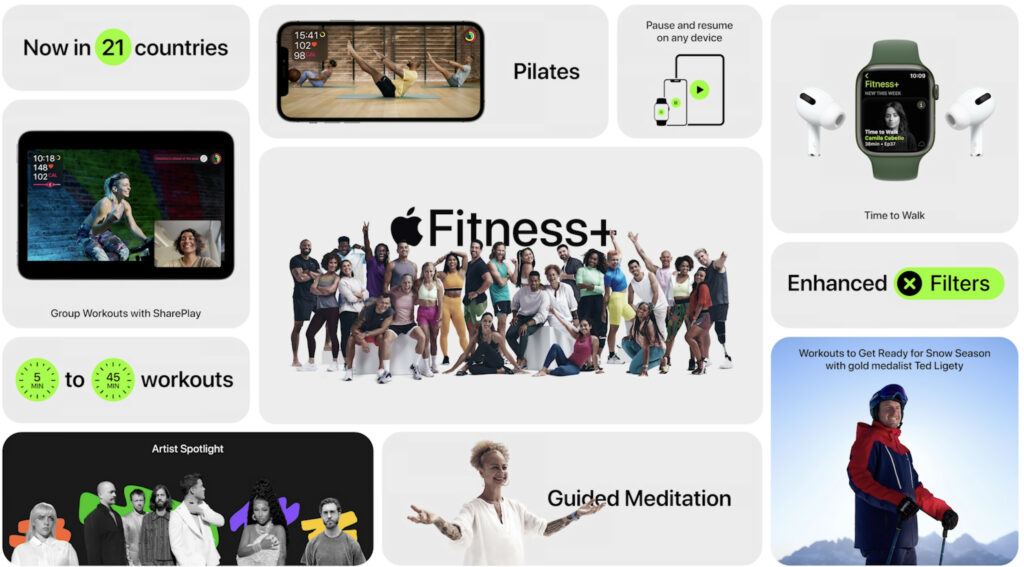 Apple also introduced new updates made on the new Apple’s fitness services called Fitness + which features some of the best fitness training by best trainers around the world. 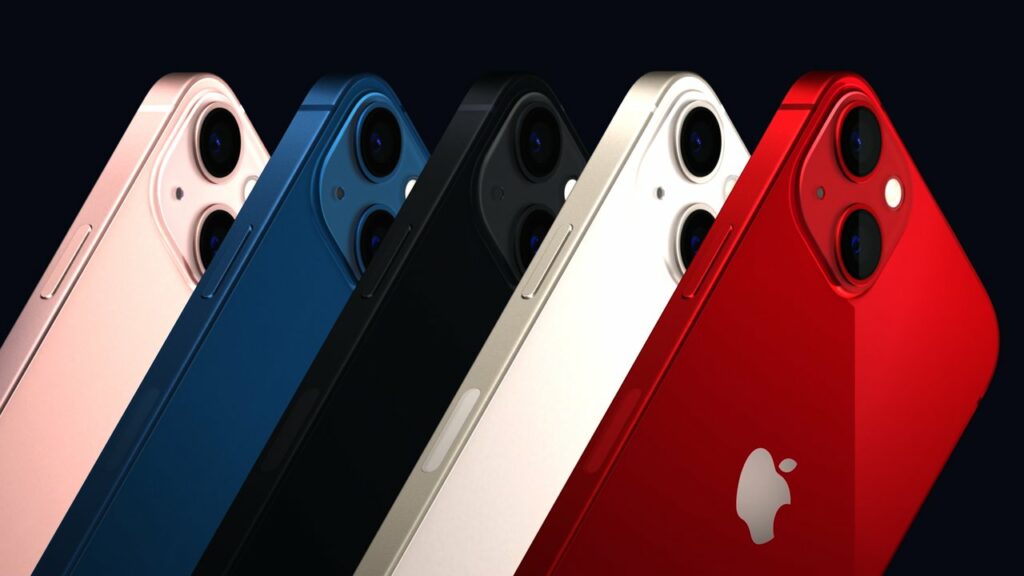 Talking about the iPhone 13 series, it goes with a similar design from the previous iPhone series with the lenses arranged diagonally. The phone comes in five different colors.

Also, as similar to the previous model, the iPhone 13 series features iPhone 13 and iPhone 13 mini! Both the smartphone features up to 1200 nites Retina OLED display and display also supports Dolby Atmos as well. 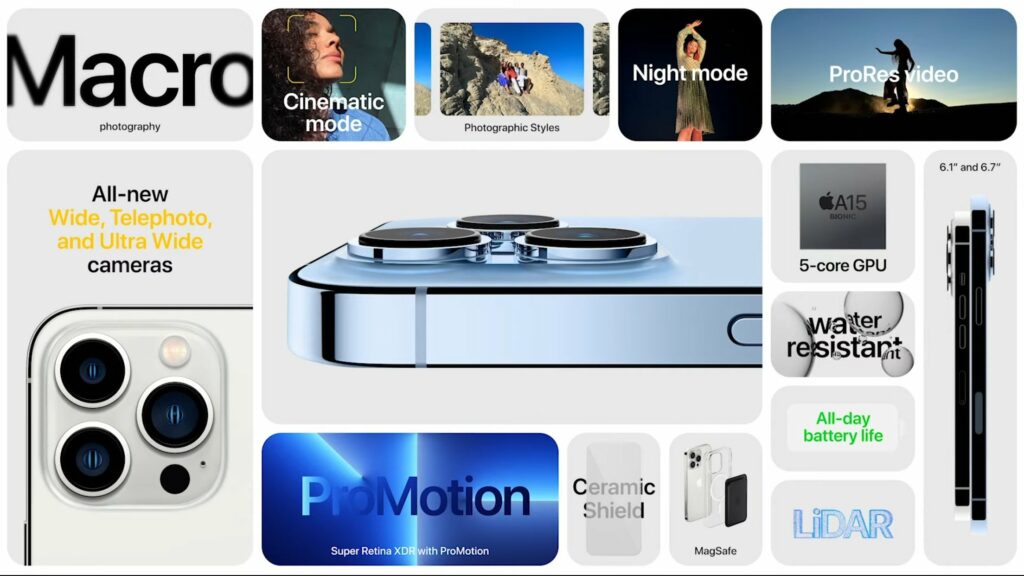 Getting to the main stuff, Apple iPhone 13 series supports an all-new “Apple 15 bionic” 5NM chipset which is a 6-core CPU with 2 high cores and 4 efficiency cores. The processor also features 5-core GPU and 16-core Neural Engine which is capable to perform 15.8 trillion operations per second. It also features a video encoder and recorder as well.

In the camera segment, with the new processor, even the camera gets an upgrade from which the all-new iPhone 13 series gets a 12MP with a larger sensor and also features censor swift OIS, which will be availed for both iPhone 13 and iPhone 13 mini as well. On the front, you also get support true depth camera sensor as well.

The smartphone also includes a 12MP ultrawide camera helping to capture dark areas! In the video section, Apple introduces Cinematic Mode from which you will be able to shot cinematic footage similar to movies. In Cinematic mode is mainly works on focussing characters inside the footage.

In terms of connectivity, Apple iPhone 13 series gain features 5G! And now, Apple will be supporting its 5G bands with more than 200 5G carrier services. 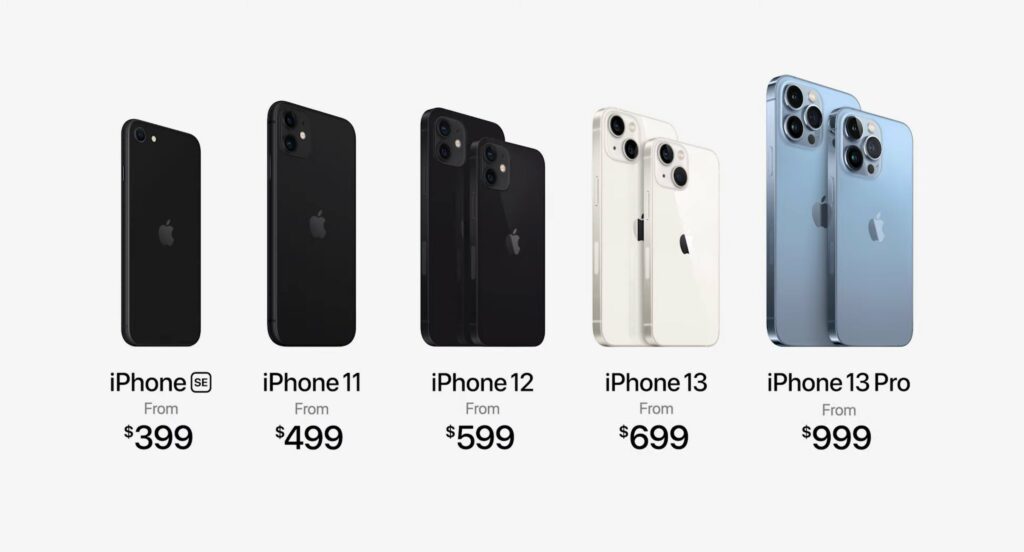 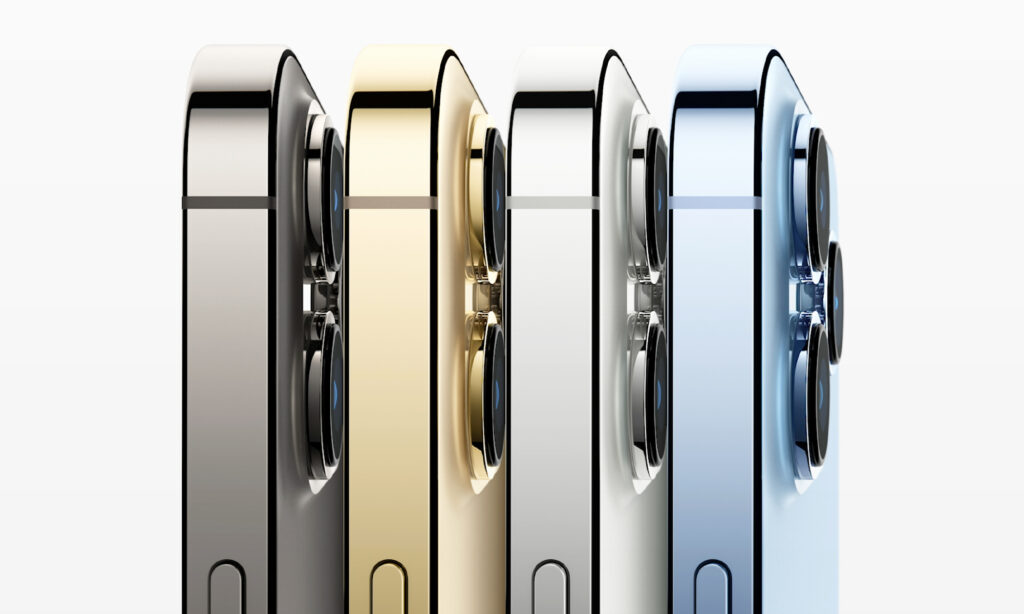 On the front, we get a true depth camera system embedded on a smaller notch, and on the back also the smartphone gets a somewhat different looking camera system design. The phone also features IP68 water resistance.

Apple iPhone 13 Pro series also features Pro Motion supports which detects the speed to be maintained for Apple display were looking at the speed the frame rates changes and can go up to 120Hz refresh rate as well.

On the camera system,  the smartphone features a new 77mm telephoto camera with a larger wide-angle camera and also a larger main sensor as well. Apple iPhone 13 series also features 6X optical zoom and macro photography as well which is performed by the new wide-angle lens of the smartphone. Also, all the trio cameras feature night mode as well.

Features for Photographers! Photographic Styles has also been including in the all-new iPhone 13 series as well. With these new features, one can choose some best-edited images as well. 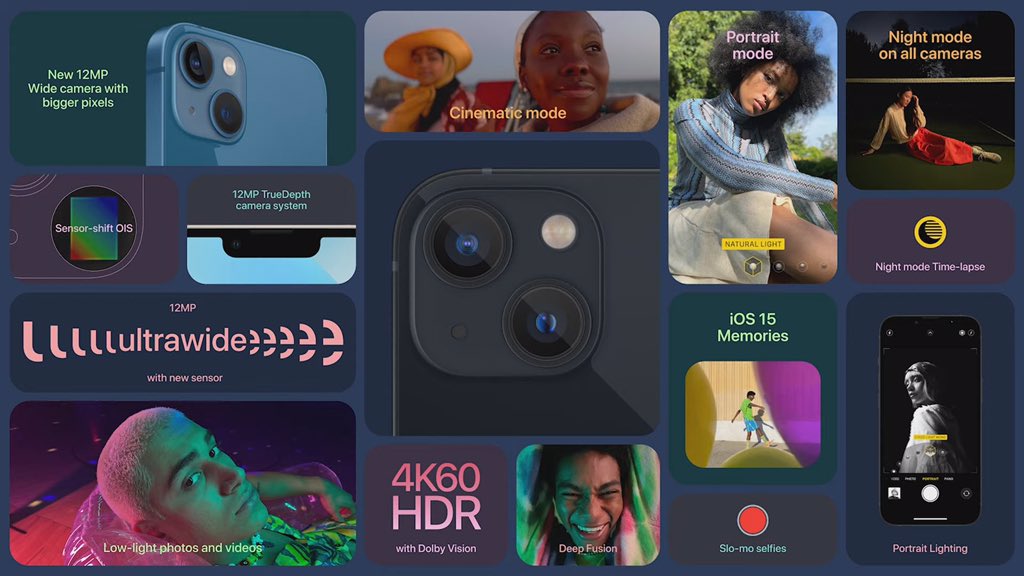 Another video feature that was introduced is ProRes Video, which enables you to shoot in 4K 60 FPS, and also you can shoot and edit at the same time as well.

The pricing for Apple iPhone 13 Pro starts from $999 and for Apple iPhone, 13 series Pro Max starts for $1099, and also the trade-in offers giving up to $1000 discount is also available!