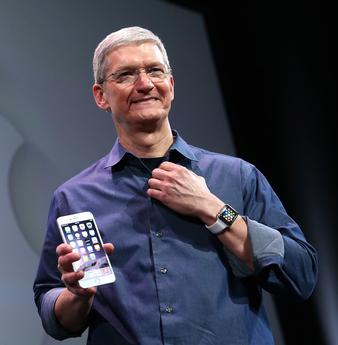 Apple Expected to Launch Online Stores by October in India

Tim Cook has always expressed his interest in India for expansion of Apple. The company plans to launch an online store exclusively for India and will start the new venture by selling iconic iPhone SE.

The phones will be manufactured in India and the product portfolio will be expanded as it grows the local production to other models as per the report by ET. This will surely bring down the cost of iPhone in the country.

An executive of Apple told ET “Apple will initially start its online store by selling iPhone SE which will be manufactured in India and will be in line with government policies. The company is hopeful to start the online store in India around Diwali.”

Apple‘s local assembling will start with the iPhoneSE through Taiwanese contract manufacturer Wistron’s facility in Bengaluru. The company has plans to scale it up to few other iPhone models and is also open to starting with its other global partner Foxconn which is already operating a couple of plants in the country.

The online stores may also sell some accessories which will be sourced from India. Meanwhile, The government wants iPhone maker Apple to consider a new manufacturing scheme offering duty benefits to set up its plants in the country.

“Apple had asked for a set of concessions. For a period of 15 years all the components that Apple imports, they want them to be free of duty. We have a phased manufacturing program (PMP) because we want more and more value addition to coming to the country. We want them to understand how this PMP will work and how they can dovetail into that,” Ministry of Electronics and IT secretary Aruna Sundararajan told reporters. (Image- mirror.co.uk)