Apple shares hit a record on Friday, the company wants to build self-driving car as soon as 2025 Its stock closed up 1.7% and traded at over $160.

Apple stock reached all-time highs and became the most valuable in the world on Thursday. The Apple Car can be credited for bullishness this time.

Apple shares surged more than 1% Friday afternoon to above $160. After the “Apple Car” report was published Thursday, Apple’s share price surged around 2.5%. The company’s stock closed at $160.55 after the bell rang on Friday.

Apple’s total market capitalization, which is calculated by multiplying share price by the number of outstanding shares, was $2.63 trillion as of market close Friday.

As of November 18, every investor who had held Apple stock for any more than 10 minutes was officially above water. Shares ended the trading session priced at $157.87, less than a buck below the intraday high of 3:50 p.m. EST, and more than a dollar above the previous all-time high of September 7.

According to the report, Apple was targeting an aggressive release timeline of 2025 for its self-driving car. Recently. Apple’s Special Projects Group — which is working on the vehicle — hit a key milestone in the development of a specialized chip to power the “Apple Car’s” autonomous features.

The most valuable company in the world has been rumored to be internally developing a vehicle under the codename “Project Titan” since at least 2014, though the company has stayed silent on its apparent plans.

Apple is exploring various designs for its car project, including one that would have no steering wheel or brake and gas pedals. Apple has reached a key milestone with progress on chip design and updated sensors for the self-driving system. Along with the core processor that will power the vehicle.

Apple’s entry into the electric vehicle space could put the company in competition with Tesla. Also for emerging players like Rivian and Lucid Motors and traditional automakers, are moving away from fossil fuels. EV stocks have surged in recent months as more consumers and investors bet on what they hope will be the next Tesla.

Now you can say the Apple is reaching you from your pocket to your garage. 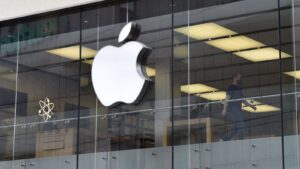 Now that it’s cruising higher, Apple has some upside targets investors must keep in mind

A close above $160 is set for a larger push, putting the 161.8% extension from the more recent range in play near $170.  Additionally, the two-times range extension from the previously-mentioned September 2020 range comes into play at near $173.