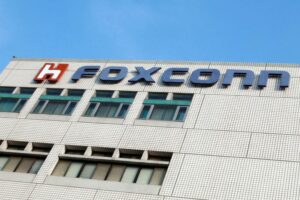 Reports from Monday, March 21, reveal that Foxconn, a significant supplier for Apple has “basically” resumed normal functions at China. Specifically, at its most crucial campuses in the city of Shenzhen. This come following the interference brought forward by another Covid-19 pandemic outbreak. The company confirmed the resumption on Monday.

On Wednesday, the largest contract electronics maker of the world announced its resumption of operations. They resumed production at its campuses in Shenzhen, China. This was following the arrangement of the provision for some of the workers to stay and work in a bubble. The provision was pleaded by the local government as it fights the pandemic. In a statement, the Apple supplier said that in accordance to a government notice, it has “basically resumed normal work.” They had restarted their usual order of work and production processes. Similarly, other major campuses like the one in the city’s districts of Guanlan and Longhua, had also restarted work.

However, there are certain exceptions to the current resumptions. Reporters conducted a review of an internal company document they received. The document revealed that employees from Futian area must carry on working from home. This area in the city is still a “high risk,” locality, and might pose a risk to other workers. Hence, restart of production in Shezhen is still partial, along with a closed bubble for employees on campus.

Sources had previously pointed out that the majority of Foxconn production for the products of Apple, such as the iPhone, happens Zhengzhou. Most of these production in China in this city which is in the central province of Henan. Significantly, only a small part of Foxconn’s Apple production is carried out in the southern city of Shenzhen. The Apple supplier mainly makes some iPads, Macs and iPhone in Shenzhen, with almost half of the iPhones in Zhengzhou.

During the time of disruption, analysts gave in a statement at that moment. They stated that the company could possibly shift its production for the mean time. The relocation would depend on whether the lockdown implemented was extensive or not.

The first disruption somehow came just a few days following Apple’s announcement of various new products. This gave rise to concerns related to the suspension possibly causing a shortage in products. Foxconn is yet to respond to any requests made for a comment on the current situation.

Among other developments, Foxconn was in talks with Saudi Arabia to build a factory there.