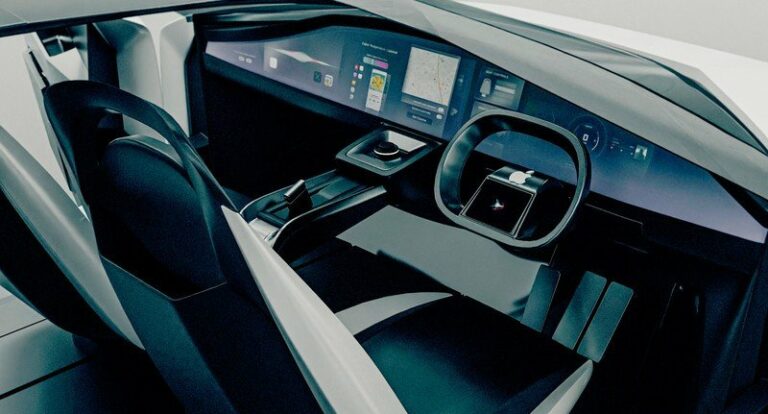 Apple to accelerate electric car development with refocus on self-driving

Apple is pushing its development on electric vehicles. With refocusing on self-driving capabilities Apple’s electric car will be developed. The announcement comes as Bloomberg reported saying that the company is working on a technical challenge that is known to be causing great trouble in the industry.

Apple has been working on the Apple car for some time now. For several years they explored two major paths, one is to create a model with limited self-driving capabilities. Then, the other path is to have a version with full-self-driving ability without the need for human intervention. Now under the efforts of Apple Watch software executive Kevin Lynch, the company is not focusing on the second option, self-driving cars. Kevin Lynch joined the team recently and the push seems to continue effectively.

The latest shift to vehicle making is the project named, “Project Titan”. This project has been known to people outside for several years now. Only this year, there were multiple updates on where the company is going ahead. It was known that Apple contacted various automakers from all over the globe and finally the news about their focus is being revealed. With this, it is clear that Apple plans to challenge the top EV player, Tesla. Tech giants and automobile companies are working on autonomous vehicles, from startups to large corporations.

Various other automakers are still working on their vehicles. Tesla is one of the most crucial aspects, where their self-driving technology is still used as driver assist. It is being made available to Tesla owners in the US. The other companies include Alphabet’s Waymo and Uber Technologies.

Meanwhile, Apple is targeting the launch of its vehicle to be in four years. It is much faster than five to seven years that was known to be planned earlier this year. The ability to finish the target would depend on whether the self-driving system will be ready by then or not. Having an ambitious schedule, there is the possibility that Apple changes its plans eventually as they continue to work on the technology. Ideally, an Apple car wouldn’t have a steering wheel or pedals. The interior design would be such that it would be hands of driving, something similar to the lifestyle vehicle by Canoo. Apple has explored designed with infotainment system being located in the middle of the vehicle. It allows users to interact with which vehicle is driving. Creating a fully self-driving vehicle for an outsider like Apple may need to bring partnerships. It is known that the company is evaluating its options, nothing is revealed officially yet. However, in regard to the timeline, some people in the project seem to be skeptical.