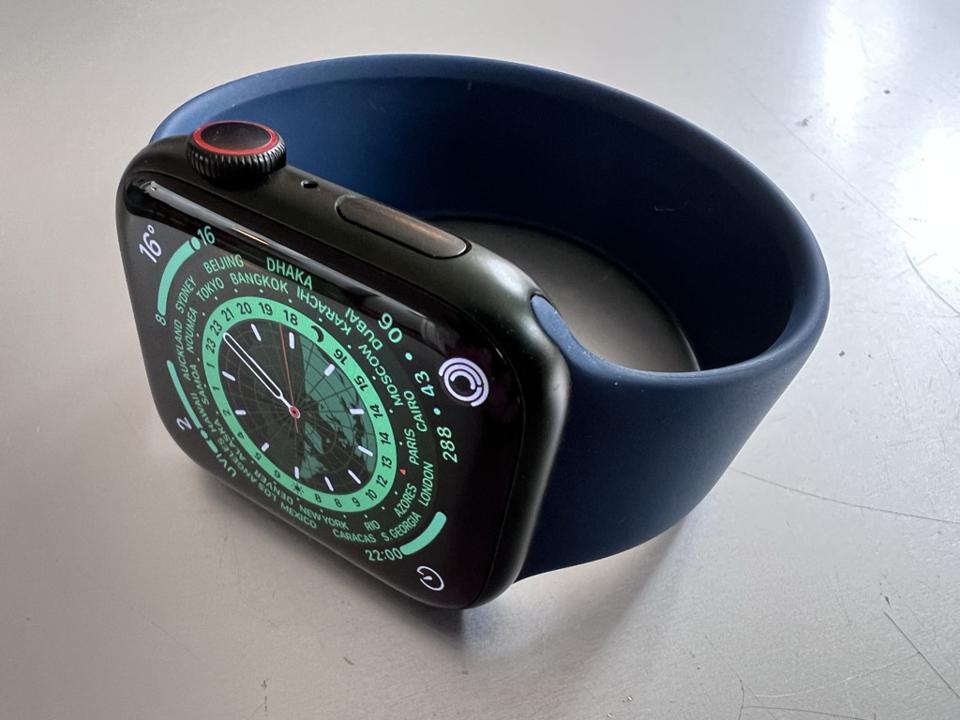 Although the Apple Watch 8 is unlikely to be released until late next year, a new unauthorized depiction shows what the next-generation wearable may look like. The image, as expected, depicts a design that is quite similar to the Apple Watch 7.

Apple is not a fan of design updates. We’ve seen big cosmetic changes retained for at least a couple of annual refreshes of the company’s flagships in the past. That’s why new Apple Watch 7 sizes and bigger screens appear to be continuing in a purported Apple Watch render from @LeaksApplePro.

Told you it was disappointing.
Upon receiving CAD files and images, this will be the only noticeable change in design from the Series 7 to the Series 8.
More info soon at @iDropNews pic.twitter.com/GQC40eIwk3

According to LeaksApplePro, the “only visible difference in design” with the Apple Watch 8 is a slightly modified speaker grille (a series of parallel apertures instead of just one). It’s the type of thing you’d miss if you didn’t have the two side by side. So according to iDropNews, the Apple Watch 8 speculation reportedly contains a brilliant green color choice revealed in prototype form “identical to the iPad Air.”

The good news is that with such few modifications on the appearance, Apple may be concentrating on significant upgrades to the Apple Watch 8’s internals. Or, in the words of LeaksApplePro, “this will drive Apple to offer incredible new features in this upcoming smartphone.”

Unfortunately, the leaker has no idea what these additional features may be at this early stage. The sensible money, though, would be on a large number of health sensors. Back in May, SEC filings showed that Apple was the top client of Rockley Photonics, a firm that specialized in sensors for medical devices that detect a variety of metrics such as lactate, alcohol, body temperature, carbon monoxide, blood oxygen, blood pressure, and blood glucose. At the time, CEO Andrew Rickman indicated that the company’s technology will be available in consumer devices by 2022.

While LeaksApplePro feels that 2022 may be too soon for the long-rumored blood sugar measurement, it wouldn’t be surprising if one or more of the other sensors made their appearance in the Apple Watch 8. This, combined with potential improvements in performance and battery life, might be a game-changer.