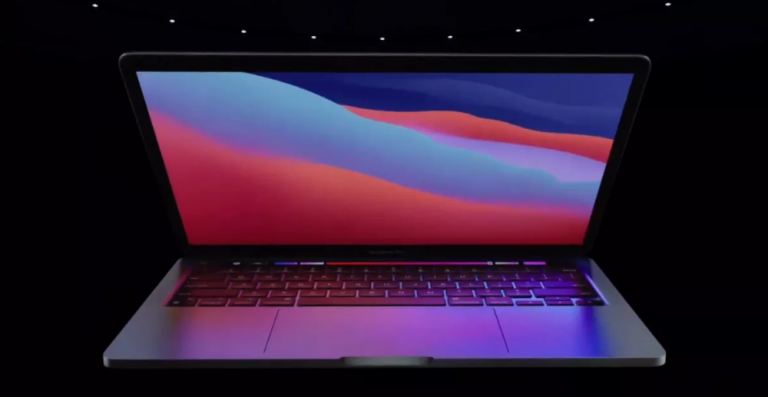 Apple recently organised the “One more thing” event where it announced its latest Mac lineup based on ARM architecture. The new PC’s come with Apple’s latest in-house M1 chip bringing significant performance boosts. By integrating its own hardware and software, Apple has already been doing wonders in its smartphones for years. But, now its also time for their Mac lineup. Let’s take a look at the performance upgrades that Apple’s new MacBook Pro 13-inch is going to enjoy with the M1 chip.

With the new M1 chip the new Macbook pro experiences a faster CPU, GPU, cooling, battery life, ML capabilities and more compared to last-gen. Apple’s site lists that the 8-core CPU along with the more efficient cooling mechanism enables up to 2.8x faster performance. The GPU is also much powerful as compared to last gen-model offering a performance boost up to 5x. Apple also claims that the new MacBook is 3 times faster than a windows laptop at this price.

We all know the importance of AI and ML in today’s world. And the new Macbook’s also improved a lot in that department. Taking full advantage of the best in class 16-core neural core engine of the M1 chip the new Macbook also provides up to 11x better ML performance—all of this coming in a sleek package and a mammoth battery life. Yes, the already excellent battery life on Macbooks got even better. Apple says you can expect around 20-hour video playback and 17-hour web browsing.

Other features on the new MacBook

Along with the performance upgrades that we talked about, the new Macbook also has some minute additions to enhance the user experience. Starting, with a thing that has always been a weak point for laptops are the webcams. But with the new Macs, Apple claims the new ISP will improve the image quality a lot. Additionally, the studio-quality mics will also help in quality noise cancellation and high-quality recording.

There is also touch-id support and has two thunderbolts USB 4 ports and can even support Apple’s pro display XDR at 6k. Another impressive thing that Apple mentioned was the capability of the machine to play 8k pro-res footage without lagging even a little.

Do note that all of the speculations about performance are made based on specs. So, until reviewers drop their thoughts after using the device, we will know the real deal with the M1 chip. What do you think about the same? Let us know in the comments below. Also, if you found our content informative, do like and share it with your friends.