Apple’s settlement of $30 million over employee bag checks gets approval from court A federal judge signed off on the tech giant's settlement. 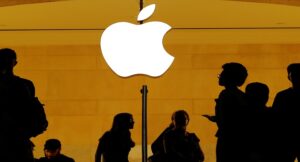 This week, a California federal judge went on to sign off on a settlement worth $30.5 million put forward by Apple Inc. This settlement was in a lawsuit which also most ten years old that claims that the tech giant went on to shortchange 15,000 retail employees by not compensating them for the duration they had spent in security checks following their shifts.

On August 13, US District Judge Wiliam Alsup in the Californian city of San Francisco gave his approval for the settlement in the class action from 2013. About two yeas ago, the Supreme Court utilised this case for the ruling that state law needs workers to get the payment when they cooperate during compulsory security checks.

Additionally, Amazon Inc and Walmart Inc are also part of the group of companies set to go through identical lawsuits. In 2021, retail giant Amazon and a staffing agency came to the agreement of paying $8.7 million to workers from 42,000 for the settlement of a similar case.

In Apple’s situation, the plaintiffs had put forward claims that retail employees had to frequently wait for several minutes, or even further. Reportedly, this was to get their bags checked prior to leaving the stores where they were employed. As of now, neither the tech giant nor the plaintiffs have acknowledge any requests for a comment on the situation.

The previous verdicts of the court on the case:

Earlier in the year 2015, the federal judge had given a dismissal to the case, stating that at the time of these checks, the employees were not necessarily under Apple Inc’s control. This was owing to the point that they did not exactly need to carry their personal belongings to their place of work, which would not need any checking at all.

The California Supreme Court was asked by one federal appeals court to come up with the decision if the duration spent in checks following the shift needed any necessary compensation according to the statelaw.

A couple of years ago, the state court came up with a ruling against the iPhone Maker. Mainly, it stated that it did not seem practical to expect these workers to not carry these essential items to work. Subsequently, the federal court brought the case, with Alsup stating n 2021 that he was planning to grant summary judgement to the parties, and go on to order a trial on the specified charges.