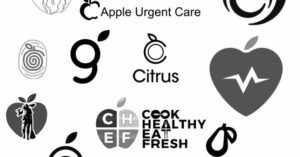 Apple has ‘bullied’ various trademarks to defend its own
Source: Exirbt Traveling

Reports this week state how Apple Inc. has filed as much as 215 trademark oppositions. These oppositions are towards logos and symbols that the company considers too similar to its own. Experts in the field believe that such a tactic is equivalent to bullying. Such an incident came forward with the experience of one Genevieve St. John.

St. John built a ‘sex-and-life’ coaching blog in the year 2019. The logo she designed for this venture was an apple which is neon green and pink in colour. Additionally, it looked like it was cut open to match the female genitalia. Following the application for the registration of the logo, she found her application challenged by none other than Apple. The attorneys of the tech giant wrote how her logo could “tarnish Apple’s reputation.”

St. John is a human resources professional in Arizona and was appalled at the filing. She found herself helpless for not having the resources to legal challenge the tech monster. Instead, she chose not to respond which worked conveniently in favour of the company.

“I wasn’t even making money off it,” Ms. St. John said of her blog, which she has put on hiatus. “But it’s Apple, and I’m not going to argue with them because I don’t have a million dollars.”

Similarly, Apple has often targeted organisations that are not even associated with the tech industry. In fact, they have even objected to trademarks of bodies that are of minuscule sizes. These trademarks have so far been towards the logos resembling other fruits like pears and oranges. These organisations receiving the oppositions found the challenges to be rather wrong. However, they were helpless due to the incapability to afford a legal fight against Apple. A law professor expressed his grievances towards the company’s actions. He considered this these tactics “unnecessary” for Apple to “protect the public from confusion.”

A spokesman from Apple specified how it is a legal requirement for them to protect its trademark. When coming across applications that potentially cause confusion, they first try to resolve the issues. He said “legal action” was “always” the last option they would be adopt.

Similarly, Apple placed objections in a filing opposing singer Stephanie Carlisi for her professional name ‘Frankie Pineapple.’ She was, on the other hand, able to fight the opposition for $10,000. Other recipients of such objections were New York City curry blog ‘Big Apple Curry,’ and Wisconsin’s ‘Appleton Area’ School District.