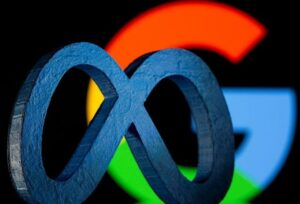 Antitrust bodies of the European Union and the United Kingdom have initiated parallel investigations. The investigation is of the online display advertising deal that struck between Facebook and Google in the year 2018. This investigation is now an addition to the long list of regulatory challenges that tech giants of the US are currently facing.

The so-called header bidding enables publishers, like new providers, to offer necessary media. They can offer advertising space to numerous exchanges and networks at the same time. This could potentially generate more revenue through offering advantages.

Today we have opened an investigation into the #JediBlue agreement between @Google & @Meta. The aim may have been to target ads technology competing with Google, trying to weaken it and exclude it from displaying ads on publisher’s websites & apps. https://t.co/dqemQ2DcXm

The Jedi Blue deal, through the Meta Audience Network thus allows Meta to take part in bidding programmes. Specifically, Google’s Open Bidding programmes, which is essentially an opponent to this header bidding. Margrethe Vestager, EU antitrust chief stated on Friday, March 11 about Google’s Open Bidding’s opponent entity. She specified how it may have been targeted with the agenda of weakening it. Subsequently, excluding it from the market for showcasing ads on publisher websites and apps. One side of the investigation looks into the deal. The other puts it focus on whether Google abuses its power, which, if true, could prove Facebook to be innocent.

In responses, Google and Meta both gave in statements regarding the current investigation. Google said that the pro-competitive, publicly documented agreement simply allows FAN to participate in its Open Bidding programme. Similarly, Meta stated that this non-exclusive agreement with Google is no different from others agreements it has with bidding platforms.

It turns out that EU antitrust fines worth 8 billion euros has already hit Google in the last decade. Now, Facebook and Google are both under investigation by its executive for issues that could cause them similar damages. They could face fines possibly for this breach as much as 10% of their global turnover.

The antitrust body of the United Kingdom is also investigating the deal. According to the competition watchdog from EU, they have the intention to cooperate with their British counterpart.

Texas, along with 15 other US states alleged in an antitrust complaint against Google. The complaint stated that the agreement with Facebook was struck as part of its effort to target header bidding.