AppLovin offers to buy Unity for $17.5 billion It offered a deal of 17.5 billion to purchase the video game software maker 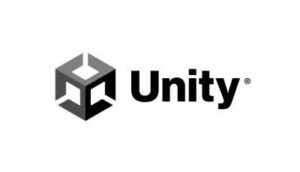 This week, gaming software giant AppLovin Corp offered to purchase its competitor Unity Software Inc in an all stock deal worth $17.54 billion. This was as it warned of derailing the plan the company spoke of to buy their minor peer ironSource recently.

The software company has made the offer of $58.85 for every share of Unity, which symbolises a premium of 18% to the closing price of software maker from August 8. According to the deal, Unity would hold 55% ownership of the shares of the merged firm, holding approximately 49% of the voting rights.

Following Unity’s announcement to purchase ironSource for a similar deal worth $4.4 billion in July, AppLovin took to advisors to come up with an offer. The board of Unity would need to get rid of the ironSource acquisition plan in case it plans to go ahead with merger with AppLovin. According to this deal, John Riccitiello, the CEO of Unity would become the head of the entire merged organisation. In case of this, Adam Foroughi, the CEO of AppLovin would become the business’s COO- Chief operating officer.

Response from the parties involved:

Following the offer, Unity specified that its board would go over the deal to take a decision. Both the software makers produce softwares which are required in the designing of video games. Moreover, this sector has been visibly extending to upcoming tech like the segment of VR, specifically the metaverse. Moreover, Unity has contributed to the development of games such as Pokemon Go and Call of Duty through its software, with AppLovin helping developers gain profit through their apps.

This deal knocks at the juncture when makers of consoles, and game developers expect a downturn in the industry. This is as inflations and declining covid cases push gamers to opt for outdoor recreations. Kantan Game’s founder Serkan Toto stated how this offer was rather surprising to the industry. He stated how a company attempting to buy another with an equal standing is a dire trial to consolidate, with the possibility of it going through are minimal.

AppLovin, based in Palo Alto, California, saw its shares fall 9.9%, after going public in 2021. On the other hand Unity’s share went up 1%, with that of ironSource going lower by 9.7% in the morning trading session. According to Foroughi, the merger business would have the chance to produce more than $3 billion in adjusted operating profit towards the end of 2024.