According to recent reports, the Google India policy head, Archan Gulati has resigned. Read the entire article to learn more about this news piece. 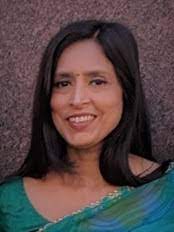 Various reports suggest that Archana Gulati has resigned after only 5 months of working in the company. The reason for the resignation was not very clear. Her resignation coincides with the result of two anti-trust cases of the company. When Archana Gulati was asked to comment, she refused to do so. Talking about her history, she has worked with Narendra Modi in the past. She played an imminent role in the functioning of Niti Aayog which is basically how policies get made in India and it is popularly referred to as the think tank. Reports suggest that a lot of officials that work under Narendra Modi get hired by big tech companies because they are well-trained and therefore prove to be an asset for these companies. Google is having a tough time in India as it is facing a lot of anti-trust cases in the country.

Google is the most search engine in the whole world. People don’t even have to worry about anything g these days as long as they have Google with them. Whether it’s a maths question or some silly question about cooking, Google gives answers to all small and big, complicated questions in a jiffy. All you require is a good internet connection and you can solve all your problems in a minute. Google is currently headed by Sundar Pichai. This search engine comes under the big 5 top American information technology companies. Over the years, Google has managed to gain the trust and faith of its users. Google is also considered to be a great company to work in. With a successful business, excellent image, and people dying to work in the company, Google has achieved peak success.

For people who do not much about Sundar Pichai, this article is here to help you. He is the person who is currently heading Google. He is a self-made man. “It is always good to work with people who make you feel insecure about yourself. That way, you will constantly keep pushing your limits,” said Sundar Pichai. He started working at Google in the year 2004 and worked his way to becoming the CEO of the company. He is an inspiration for many young aspiring teenagers who wish to make it big in life.