Argentina’s president is open to Bitcoin and a CBDC, but the central bank is not

Argentina’s President Alberto Fernandez has expressed his support for digital assets, claiming that there is no reason to oppose the new asset class.

On August 12, Fernandez reacted to a query regarding whether he would consider investigating a central bank digital currency (CBDC) or even recognize Bitcoin as legal tender, like El Salvador did earlier this year, during an interview with a local media source Caja Negra. 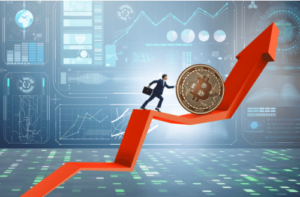 “I don’t want to go too far out on a limb, but there is no reason to say no,” Fernando said, adding, “They say the advantage is that inflationary effects are essentially nullified.”

Inflation was a defining issue for Argentina’s former president, billionaire Mauricio Macri’s administration. According to government data, 100 Argentine pesos would be worth 661 pesos now if Macri had not left office in 2019.

Despite Argentina’s strict currency regulations, the current President highlighted that Bitcoin is becoming more widely perceived as a hedge against inflation in the global economy. However, Fernandez cautioned that the bitcoin industry is still in its early stages.

There is trepidation due to the unfamiliarity of the situation and the difficulty in comprehending how this good fortune manifests. Many individuals around the world are concerned about these issues, which is why the project (or system) has not yet expanded [further than it has]. However, it is something to think about.
Despite the president’s willingness to investigate digital assets, Argentina’s central bank chief, Miguel Pesce, appears to be threatening a crackdown on the sector. 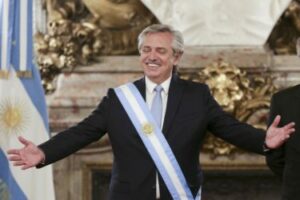 Pesce took aim at cryptocurrency during the Argentine Institute of Executive of Finance’s Digital Finance Forum on August 10, describing digital assets as a threat to economic stability and predicting stronger regulations for the sector.

Pesce stated during the event that BTC does not provide value to investors outside of short-term hype cycles. The central bank chief also compared Bitcoin to a commodity, stating that BTC “is not a financial asset” under the country’s National Securities Commission definition.

Pesce stated that he plans to “control the convergence of Bitcoin with the payment system and exchange market,” warning that the cryptocurrency “may be very damaging” to local financial stability.

The central bank wants to prioritize “preventing low-sophistication investors” from dealing in crypto assets while regulating the sector, according to Pesce.

Pesce also criticized the idea of Argentina experimenting with a digital currency issued by the central bank (CBDC).

According to reports from May, retail cryptocurrency mining was booming in Argentina, as residents took advantage of cheap electricity and rising crypto prices. In the same month, the central bank issued further cautions to Argentinians about the dangers of crypto assets.

Bitfarms, a Canadian mining company, announced its plans to expand in Argentina earlier this month, saying that its new Argentinian facility will cut production costs by 45 percent.

Also read: Coinbase said that the token will be backed entirely by cash; this is not the case