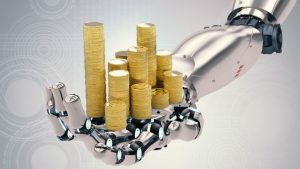 Open AI founder, Sam Altman on Tuesday commented on the immense potential of artificial intelligence to turn a tide in wealth generation and management.

The former president of Y Combinator implies the deep rooted economic gains the future holds, if the right framework is applied to utilization of AI. He also underscores the significance of government collaboration with the services to build a sustainable future, thus contradicting the possibility of a threatening wave of existential crisis as is dreaded by brilliant minds like, Stephen Hawking and Elon Musk.

Open AI has been involved in AI related research with the objective of working against the potential intelligence explosion and promoting AI that is friendly and accessible to the masses. And the recent statement by Altman attests to the fruitfulness of this research stating the magnanimous economic gains that can be achieved through AI.

He delves into the basic pre requisites that ensures wealth accumulation which can help people afford a life that goes beyond the definition of ‘basic’. The first one being the increased acquisition of money followed by a gradual drop in prices. AI lists among its achievements exactly this, by considerably reducing the charges normally spent on labor thereby enabling a significant rise in savings which would have earlier been classified under expenses if not for the stellar innovations brought forth by AI.  According to Altman,

“AI will lower the cost of goods and services, because labor is the driving cost at many levels of supply chain.”

AI will facilitate a rapid reduction in these costs while also keeping efficiency in check. When AI creates a platform wherein the primary and secondary levels of a particular job gets a speed boost, accelerating pace and saving costs, it leaves a huge space for development and a solid chance at innovation.

If agricultural and cognitive revolution were the fuels that rocketed humanity to the pedestal of ‘rulers of the world’ sidelining all other species, then Altman suggests the potential of artificial intelligence to spearhead a technological revolution that can transform the working rules of the world and add yet another odyssey of human development, trumping all dissonance and contradiction. Altman says,

“The technological progress we make in the next hundred years will be far larger than all we have made since we first controlled fire and invented the wheel. We have already built AI systems that can learn and do useful things. They are still primitive, but the trend lines are clear.”

Altman also hints that this technological revolution does not imply robots gaining supremacy over humans, but in contrast, offers better opportunities to humans while also ensuring a unified society with a generation that does not have to meddle with the constant dilemma of opportunity costs. In the words of Altman,

“We will discover new jobs-we always do after a technological revolution-and because of the abundance on the other side, we will have incredible freedom to be creative about what they are.”

In short, the day is not far when the utopia of a progress that does not exhaust resources touches reality.