All you need to know about Apple AR and VR headsets 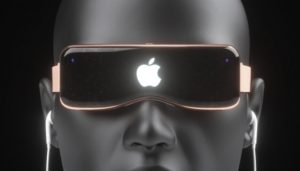 Ever since the word got out about the brains behind the latest and much coveted technologies working towards making VR and AR an actual reality, the speculations have been on the rounds.

From the day the half bitten apple came forth to dominate the tech world, the world has been eager to take a bite of the tremendous innovations brought in by the tech giant. For the past few years, the world has been in wait for the research on Virtual Reality and Augmented Reality to bear fruit.

What is AR and VR?

Augmented reality (AR) is a simulation technology that fuses together real and virtual world to add to the periphery of vision. To what is visible to the eye, a pair of AR glasses adds additional information, while also enabling completely free movement. Holograms are a good example of the same. Now you know which technology to thank while enjoying a game of Pokémon Go.

In contrast, Virtual Reality (VR), just as the name suggests transports you to another virtual world.  It succeeds in taking complete control of your vision, enabling you with an experience of being somewhere else. It is a ‘simulation’ in every sense of the word. Among the most popular VR headsets are the Oculus Quest, the PlayStation VR etc.

If the multitude of reports are to be believed, it is speculated that Apple is engaged in a rigorous research to develop AR headsets with novel features and terrific scope. The speculations occupy a firm ground, taking into consideration the fact that Apple has been setting the stage for advanced AR and VR by adding more AR tools into its iPhones and iPads. And ever since, the questions are being heaped one over the other about the various possibilities and potential routes the company might take with regard to AR and VR.

Every year, Apple has taken significant steps on iOS using its AR tools, adding clarity to its future aspirations. Till recently it was speculated that 2021 or 2022 might be the year that would welcome the latest innovation offered by the company. However recent reports suggest a possible internal conflict within the company, thereby slowing down the pace. It presents a vague work plan that intends to create a VR headset, followed by AR smart glasses in place of the speculated mixed reality VR/AR headset.

In contrast to the usual toolkit of the company that aims at developing accessible and easy to use technologies, the first potential headset would be a prototype. In short, the company intends to pave way for the mainstream product by launching a high end, exclusive product.

Since the product is still in the developing stage, it is difficult to pinpoint specific characteristics and features as there is always scope for change. However, one can expect in the headset some of Apple’s most advanced and powerful chips, some of which can even beat the performance of M1 Mac processors. The display will be of much higher resolution that can outshine the existing VR products in the market. The design also entails the usually avoided feature on mobile products; headset with a fan.

In comparison to the headsets, the AR glasses is still in the incubation stage called ‘architecture’ and is several years away.

The initial design of the device complete with the processors and fan, presented a device that was considerably large and heavy with a potential to cause neck strains on use. In order to reduce the size, the space VR gadgets were removed. Also, to address the concerns of users with eyesight problems, a new design with a feature to insert custom prescription lenses was added. This feature might lead the product to an exposure to regulations concerning devices with prescriptions.

There are also plans to use a fabric exterior to deal with issues of weight. This presents a rather new step, departing from the typical metal designs used, with the exception of the plastic used in Air Pods.

The headset is intended to be an autonomous device that can operate on a battery, much similar to the latest VR product of Facebook.

It is assumed that the prototypes of the headset are still in the exploratory phase. However the latest reports suggest a device that would be similar to Oculus Quest in size. In order to enable AR features, the company is experimenting with cameras for hand tracking and also on an interesting  feature that enables the user to virtually type in the air to input text.

The content of the device is still in smoke and being worked upon. And it is important to keep in mind that virtual reality is still in its embryonic phase with limited content. If the company carries forward the VR headset design, it would indeed be a forerunner of the expectedly mainstream AR glasses, the launch of which is still a tale of the distant future.

Since the company does not intent to launch a mainstream product, it is to be expected that the prices would be relatively high. In short, this bite of the Apple might be rather strenuous to the pockets. The existing plan pinpoint the possibility that the headsets would be far more expensive than the existing models with a price level of $300 – $900.

A few within the company believe that the high sales aren’t expected or aimed. It might be as low as one headset per day which means only 180,000 units. The idea behind this niche product is to create a functional working ground where investments can be made on underlying technologies and content development, thereby smoothening the road to success for its future product; the AR glasses.