Social media is gradually taking up an important position in our lives. It has taken up the role of being a platform for expression, entertainment, information, and many more. A most important function served by social media is that it becomes an effective space for marketing. A large number of users and the influence of the platform makes it a suitable space for companies to market and sell their services. In fact, social media is an important factor when it comes to branding. And in this age of digital marketing, it becomes all the more important for companies to have a strong understanding of the same. 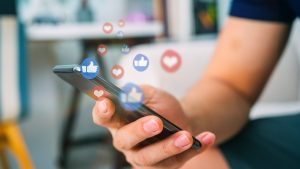 Since social media platforms become an important channel to trace customer feedback, proper understanding and apt response to the same is a factor that determines the success of a company. However, responding to this long chain of comments and feedback can tend to be a labor-intensive task that is often draining and exhausting. This is where sentiment analysis makes an entry.

Although sentiment analysis is an effective process that helps in a proper understanding of a text, a major roadblock to this was the presence of sarcasm in the text. Sarcasm is a hard nut to crack even in normal human communication, thus it can only be imagined what a predicament it might pose to a computer program to do the same. Since it poses a hurdle for the accuracy of sentiment analysis, experts began working on a suitable solution that could address this problem. One of the major challenges that come with the identification of sarcasm in the text is the lack of vocal tones and facial expressions. Thus, identifying sarcasm in the text becomes a task that is performed with a blindfold, making it quite hard.

However, efforts always see results, and a UCF team was successful in developing a technique that could accurately detect sarcasm in social media text. The details and information regarding the findings were published in the journal Entropy.

How is it done?

What the team did was to teach the computer model to identify patterns that often indicate sarcasm. Then the program was taught to spot out cue words that meant or indicated the presence of sarcasm. This was done by feeding the model with large datasets, after which the accuracy was checked.

The team includes Ramya Akula, a science doctoral student. and graduate research assistant at CASL, in addition to many others who are experts in the field.