Through July and early August, the Shiba Inu price developed a cup-with-handle foundation before activating on August 16 with a daily close above the handle high of $0.00000887.

However, profit-taking followed the breakout, sending SHIB down into the base’s handle and boosting the likelihood of a bull trap. While the breakout has not been called into question, the chances of a run to the measured move goal of $0.00001214 are dwindling by the day. 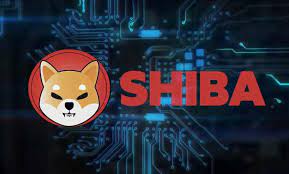 After several weeks of hesitant behavior and convoluted price structures, the Shiba Inu price triggered a positive foundation on August 16. On August 17, the breakout was met by a -10.75 percent reverse, the largest daily fall since June 21. With a double-digit loss from the handle high entry price and a likely bull trap, SHIB investors are on the defensive.

On the nine-hour chart, a bullish Golden Cross pattern accompanied the Shiba Inu price breakout on August 16, indicating a turn in the price structure at a higher period and creating a new source of impetus and support. A bearish momentum divergence on the nine-hour Relative Strength Index (RSI) and the ensuing reversal, however, overshadowed it.

The relevance of the support established by the flattening 50-day SMA at $0.00000728 and the handle low of $0.00000711 has been highlighted by the lack of confidence paired with the bearish momentum divergence and the -10.75 percent reversal. A decrease below $0.00000711 would represent a 14.54 percent reduction from current levels.

Failure to find support at the intersection of the two levels on a daily closing basis would immediately turn the Shiba Inu outlook bearish, exposing SHIB to a pullback to the governing support provided by the May 19 low of $0.00000607. During the June and July reversals, the $0.00000607 level was crucial in stemming the selling pressure.

The quick SHIB reversal on August 17 could have been a reaction to the daily RSI’s overbought situation, but the longer it lasts, the more difficult it will be to renew the breakout.

Shiba Inu’s price must close above the August 16 high of $0.00000949 on a daily basis to trigger the cup-with-handle base release. Otherwise, SHIB speculators will be stuck in a directionless cryptocurrency, further eroding the base authority and the optimistic narrative established by the 23.30 percent increase from the low on May 19 to the high on August 7.

SHIB investors are becoming increasingly frustrated as Bitcoin and numerous cryptocurrencies record new rally highs. It illustrates the volatile nature of the cryptocurrency market and the long-term issues that come with holding outlier coins. As a result, the original bullish prognosis of a climb to $0.00001214 becomes more complicated as the meme token loses its attractiveness.