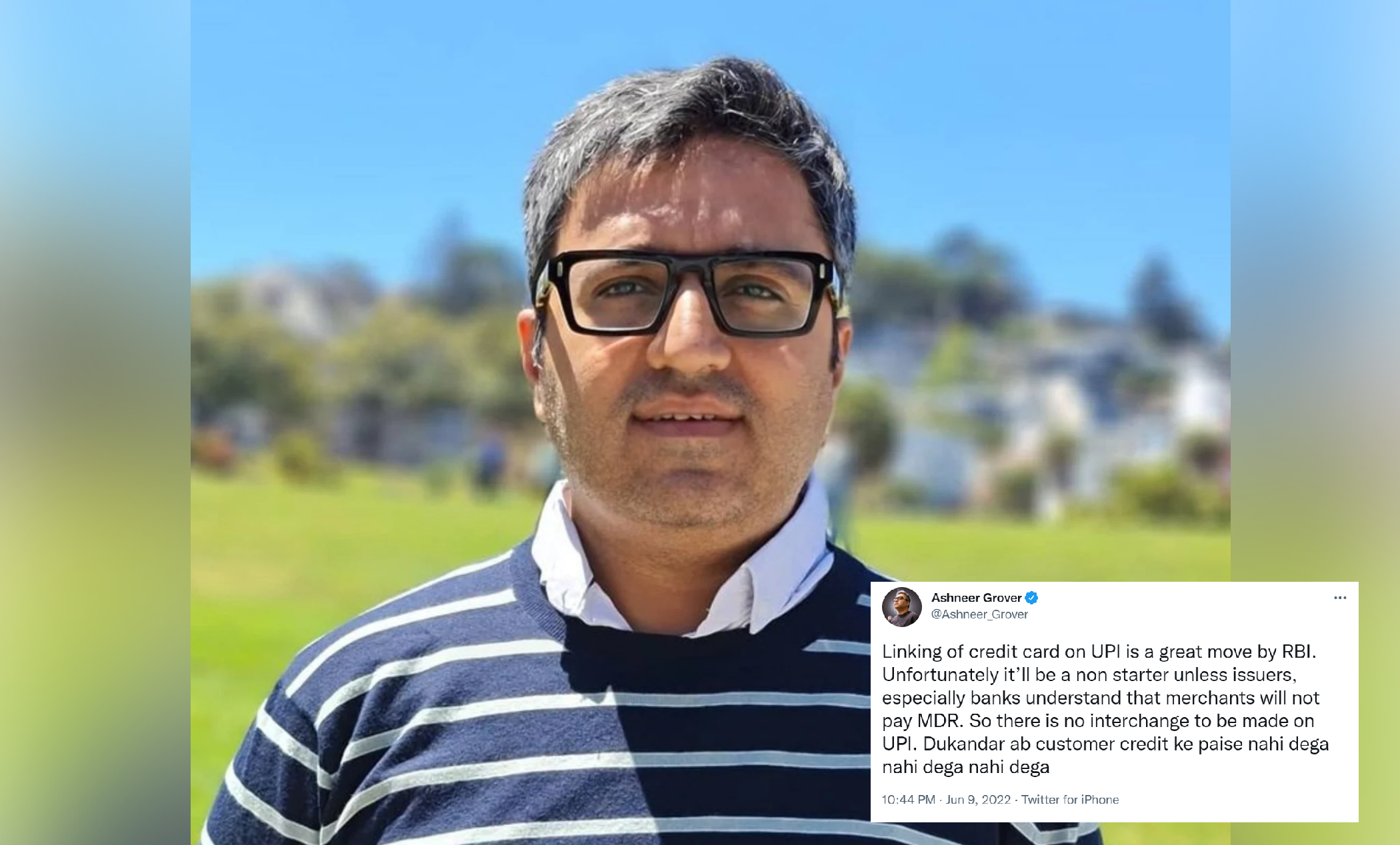 The Reserve Bank of India’s (RBI’s) notification saying that non-bank prepaid payment instruments (PPIs) cannot be loaded with credit lines has sent the country’s fintech ecosystem into a tizzy, with many of them even halting operations temporarily.

Not allowing loading of pre paid instruments through credit is aimed at protecting bank’s lazy credit card business from Fintech’s potent BNPL business. It’s a flex move by banks – rent seeking. But market is market and regulation will eventually come around to what market needs.

“It’s a flex move by banks — rent-seeking. But the market is market and regulation will eventually come around to what market needs,” he added.

The RBI, in its latest one-page circular, has disallowed non-bank PPIs from loading credit, and several such startups and firms have already stopped customers’ transactions on their prepaid cards to avoid penalties.

“The PPI-MD (PPI-master direction) does not permit loading of PPIs from credit lines. Such practice, if followed, should be stopped immediately. Any non-compliance in this regard may attract penal action under provisions contained in the Payment and Settlement Systems Act, 2007,” according to the RBI directive.

Meanwhile, Grover is all set to make an entrepreneurial comeback after he quit BharatPe following alleged financial irregularities cases against him and his wife Madhuri Jain Grover.

According to media reports, Grover is in talks with US-based private equity companies to raise to $300 million for a new startup.

“Today I turn 40. Some will say I`ve lived a full life and experienced more things than most. Created value for generations. For me, it`s still unfinished business. Time to disrupt another sector. It`s time for the Third Unicorn,” he had said in a Tweet last week.

On June 8, the Reserve Bank allowed credit cards to be linked with the unified payments interface (UPI), which will enable more people to make payments using the popular platform. At present, UPI facilitates transactions by linking savings or current accounts through users’ debit cards.

“It is proposed to allow linking of credit cards to UPI,” RBI Governor Shaktikanta Das said while announcing the regulatory moves, along with the bi-monthly policy review.

He said that to start with Rupay credit cards issued by the RBI-promoted National Payments Corporation of India (NPCI) will be enabled with this facility, and the facility will be made available after system developments.

Das said the new arrangement is expected to provide more avenues and convenience to the customers in making payments through the UPI platform.