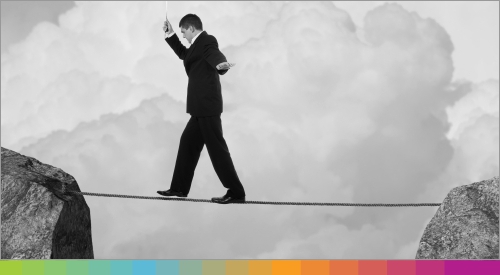 Hong Kong, July 29 (ANI): A study of Asia’s five wealthiest markets shows that investors in China take the most risk, whilst Japanese investors are the most risk averse, with investor behaviour in both countries, suggesting that investors still need to improve efficiencies to achieve balanced risk portfolios to reach long-term financial goals.

The findings of the survey by Manulife were used to develop a Risk Appetite Index, which ranks territories in the region based on investor attitudes towards risk, looking specifically at the existing asset allocation of household balance sheets, preferences for equity type and investment behavior in mutual funds. The survey revealed that investor risk appetite across the region is at odds with behavior, with investors expressing a preference for more stable investments, while in reality many choose to invest in higher risk investment vehicles.

The survey found that in terms of existing asset allocation, investors in China are willing to take the most risk among Asia’s wealthiest markets, holding a larger proportion of relatively higher risk assets in their household portfolios (44 percent compared with 32 percent in Japan). In addition, despite almost a third of investors in China raising concern about market volatility (29 percent), they still have the greatest appetite among the five markets surveyed for investing in more risky penny stocks (27 percent in comparison to only 12 percent in Japan).

Conversely, investors in Japan have the lowest risk appetite and are the most conservative with their household balance sheets, keeping 41 percent of assets in cash. Even when they do choose to invest in equities, the Japanese prefer to invest in more stable blue chip stocks (75 percent in comparison to only 51 percent in China), rather than riskier penny stocks.

It was also found that investors in China are more likely to make one-off investments in mutual funds, suggesting a desire to capitalise on market buoyancy for short-term gains. Meanwhile, the Japanese tend to invest in mutual funds via regular installments, indicating a more disciplined approach. They are also less concerned about trying to market time their investments, an approach that’s rarely successful.

“The recent stock market slide in China can be considered a cautionary tale for investors taking on too much risk,” said Ronald CC Chan, Chief Investment Officer, Equities, Asia (ex-Japan). “Many commentators were speculating that Chinese equities were in bubble territory by mid-March 2015. However, investors went on to accumulate an additional RMB1 trillion in debt to finance short-term investments in richly valued stocks before the market peaked in mid-June and began to lose ground. In the correction that followed, more than USD 3.4 trillion in equity value had evaporated over the three-week period.”

“This does not suggest that investors should avoid risk,” explained Michael Dommermuth, Executive Vice President, Head of Wealth and Asset Management, Asia, Manulife Asset Management. “Playing it too safe, like many of the highly risk averse investors in Japan, could hurt their ability to generate sufficient retirement income to maintain their living standards. Rather, we believe that investors should consider building a well-diversified portfolio that matches their risk appetite and has the potential to deliver returns that are commensurate to the level of risk.”

The survey revealed that among Asia’s wealthiest markets, investors frequently express risk preferences that are contradictory to their actions. Investors from four of the five markets surveyed ranked guaranteed incomes and capital guarantees as the top two considerations when making any new investment. Yet investors in these markets still ranked stocks and equities as the most preferred investment vehicle, which are not necessarily the lowest risk in terms of guaranteed incomes.

While investors in China ranked top of the Risk Appetite Index, over half of investors in the same market (52 percent) said they would want to see a guaranteed income before considering a new investment as opposed to 20 percent of Japanese investors, despite them being the most risk averse. This contradiction between investment attitude and behavior suggests that the Japanese better understand the need to take measured risks to create a balanced and diversified portfolio, but are unwilling to part with their cash in order to achieve greater investment efficiencies.

Hong Kong, Taiwan, and Singapore were ranked second, third and fourth in the Risk Appetite Index respectively, displaying further contradictions between risk appetite and behavior. Over a third of Hong Kong investors worry about making the wrong investment decision (36 percent), yet their preference for direct investment in stocks is the highest amongst the wealthiest Asian markets, at 63 percent.

Meanwhile, nearly half of investors in Taiwan (48 percent) say they are put off from investing in mutual funds because of concern about the risks involved, but conversely favor riskier penny stocks almost as much as investors in China (22 percent). Investors in Singapore closely rivaled the Japanese in risk-averse behavior, with 36 percent of assets held in cash.

More broadly, investors in Asia’s wealthiest markets are concerned about making the wrong investment decision, with most of them claiming this as the primary reason they withhold making new investments.

Dommermuth concluded, “The key to addressing the seeming contradiction between risk appetite and investment behavior is to help educate investors on the actual risk and potential returns represented by individual asset classes and the market conditions in which they best perform. Armed with this knowledge, individuals can work with their investment advisors to construct portfolios that blend investments from multiple asset classes and geographies to match their risk appetite. Investors also have the option to make investments in professionally managed asset allocation funds that are carefully balanced to match specific risk and return profiles and also have the potential to deliver a recurring income stream. Investments in managed mutual funds can be made as a lump sum or via regular monthly installments that take advantage of dollar-cost averaging to lessen the need to consider market timing as an investment factor.”