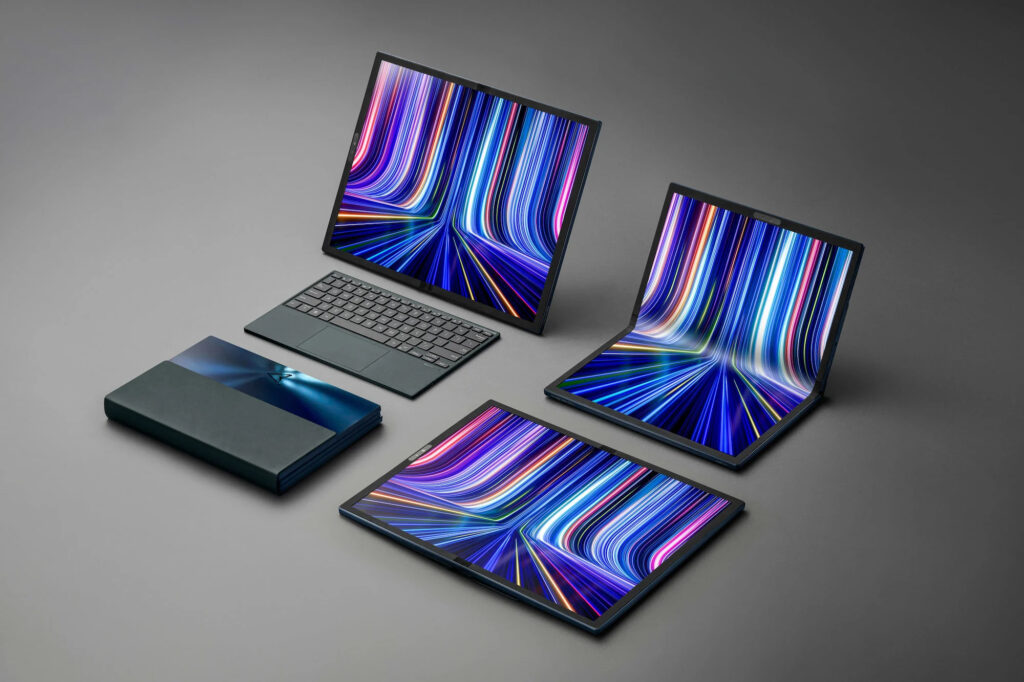 Several OEMs announced their latest laptops during the CES 2022 exhibition in Las Vegas, indicating that laptops are in high demand. Asus has joined the list, having previously announced the ROG Zephyrus G14 gaming laptop. At CES 2022, the Asus ZenBook 17 Fold and ZenBook 14 OLED laptops were announced.

Both the Asus ZenBook 17 Fold and the Asus ZenBook 14 OLED come with some of the most up-to-date features, including as AMD and Intel’s newest CPUs. With a folding, dual-display laptop and more, Asus seemed to have given it their all in terms of design. Everything you need to know about them is right here.

This laptop also offers Wi-Fi 6W and Bluetooth 5.2 support from Asus. It’s worth noting that the Asus ZenBook 14 OLED comes in two flavours, each powered by the newest Intel and AMD CPUs. Asus has included both Intel’s 12th Gen Core H series CPUs and AMD’s Ryzen processors in this list. Users may obtain up to 1TB of PCIe storage and an M.2 memory extension slot.

The Asus ZenBook 14 OLED, unlike the Asus ZenBook 17 Fold, features a variety of connectors, including a microSD card slot, HDMI 2.0 port, and more. In addition, the Intel version has Thunderbolt 4 support. A 75Wh battery is included in the new Asus laptop.

The folding displays are one of the most remarkable characteristics of the Asus ZenBook 17 Fold. Users may work on the huge 17.3-inch OLED display with a QHD resolution when the laptop is completely opened. There’s a tiny 12.5-inch FHD OLED screen to work on while the lid is half closed.

The display is lying on the bottom part of the keyboard in this configuration. The huge display has a resolution of 2560 x 1920 pixels, a 100% DCI-P3 colour gamut, a 90Hz refresh rate, and a 4:3 aspect ratio. Asus hasn’t revealed the Asus ZenBook 17 Fold’s processor specifications yet, although it does include the newest Intel CPU with integrated graphics.

The Asus ZenBook 17 Fold comes with up to 1TB of NVMe M.2 SSD storage and 16GB of RAM. Wi-Fi 6E and Bluetooth 5.2 are available to users. A Thunderbolt 4 USB Type-C connector and a 3.5mm combination audio jack are the only ports. A 75W battery and quad Dolby Atmos speakers are included.

The pricing of the Asus ZenBook 17 Fold is yet unknown. Furthermore, Asus hasn’t offered a firm timeline for when it will be available. According to reports, it might be released during the Computex show in late May. Similarly, the pricing of the Asus ZenBook 14 OLED is yet unknown. It is planned to be on sale in the second part of this year, with price to be announced at that time.