According to various reports, one of the popular telecom companies in Australia, Optus, needs to pay the money of replacing hacked ID documents. Read the entire article and learn about the complete story.

About the data breach

According to the reports, the data of 10 million customers was stolen because of a data breach which is why Optus is required to pay for the replacement of their documents. This data breach happened because of the carelessness and the mistake of the company which is why they are required to pay for the documents. Although the company has apologized for the data breach, it will be paying the amount for the most affected customers who will also get credit monitoring for a year. “Optus is absolutely responsible for paying for the costs and the implications of this for customers, whether it’s the replacement of a license, whether it’s the replacement of a passport or other necessary pieces of ID,” Jones told reporters in Sydney. A spokesperson for Telstra Corp, Australia’s largest internet provider, said in an email: “We will continue to consider what other steps we may need to put in place as we learn more about the Optus incident”. “In light of the recent Optus breach, we have been working closely with our cybersecurity partners and the relevant government agencies to increase our checks,” said a spokesperson for No. 3 internet provider TPG Telecom Ltd, which has about 6 million customers. Various reports state that there are disagreements between the government of Australia and the banks, telecoms, etc in Australia are increasing which makes hacking all the easier. Recently, a hacker threatened to disclose information and data of the telecom company, Optus if he did not receive $1 million but then later he backed off as his demand received a lot of publicity. Cybersecurity experts tried to figure out who the person was and they stated that the demand was authentic. 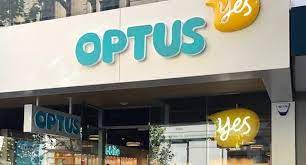 For people who don’t know much about Optus, it is a telecommunication firm based in Australia. The mission of the company is to make the people of Australia feel more connected through its telecommunication services. The company is one of the best in this field and considers its customers to be its biggest asset. Once an individual becomes a customer of this company, the services of the company are adapted according to the customer’s needs. The company believes in creating and keeps evolving with the times. It keeps coming up with something new to adapt to the demands of its customers.