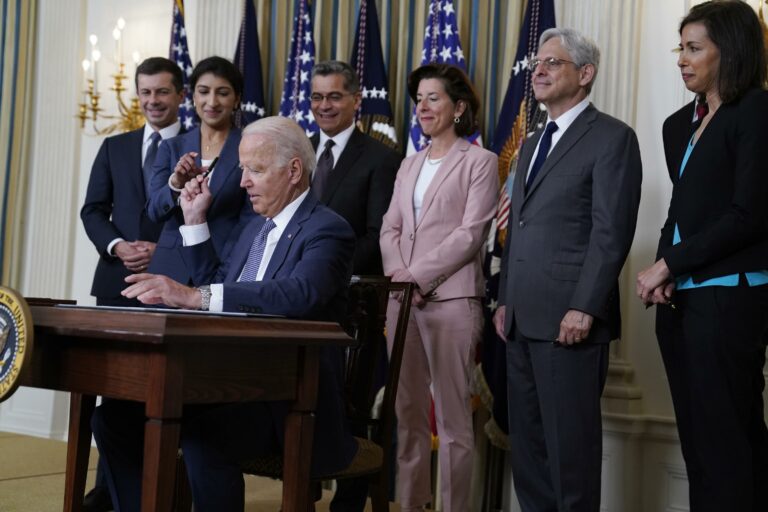 A detailed plan on shifting towards electric vehicles from Biden’s administration is expected to be out next week. The US president Joe Biden is seeking a pledge to have 40% of delivered vehicles be electric. It goes along with Biden’s goals to reduce greenhouse emissions. Though the deal is not set with car makers yet, discussions are going on and automakers should work on aligning with the country’s target.

As reported by Reuters, the expected EV target goals could be as high as 50%. United Auto Workers spokesman (UAW) Brian Rothenberg said that the published report was inaccurate on details. Said, “that we have agreed to 40% EVs by 2030. The UAW is still in discussions and has not reached an agreement at this point.”

Since Joe Biden’s administration came into power, their emphasis on electric vehicles, local manufacturing, and battery recycling has been pushed in various aspects. Also, the recently instant permit process for solar roof installation came out as part of boosting renewable energy resources.

Recently the US administration agreed on setting aside $7.5 billion for electric vehicles from the $550 billion bipartisan. Additionally, the charging station installations would focus on “rural, disadvantaged, and hard-to-reach communities”.

To achieve Biden’s goals, the US needs the assistance of automakers. It is known that the president is currently targeting three major automakers in the country- General Motors, Ford Motor Co., and Stellantis. The third one, Stellantis is formed in recent years combining various brands into one brand name.

General Motors and Ford Motors have been in the US market for decades now and can bring the change by electrifying their fleet gradually. Which in turn pushes the other competing carmakers to shift towards electric vehicles. however, some automakers like Toyota and Honda believe plug-ins also should be part of electrifying America. Currently, only 2%-3% of cars are electric in the country, which is dominated by Tesla cars and Ford Mustang Mach-E.

According to the company spokesperson, Melissa Miller Ford has already set 40% of electric vehicles sales goals. Stating,  “Ford has already said that we are leading the electrification revolution and planning on at least 40% of our global vehicle volume being all-electric by 2030.” Furthermore, General Motors said that they didn’t come to an agreement and are yet to decide on details.

The White House has been talking about a tax incentive program to attract potential buyers to buy an EV. Meanwhile, United Auto Workers Union (UAE) has stated their concerns about not having a plan to which would make the 40% goals possible. Additionally, they previously expressed concerns about current workers losing their jobs, as electric vehicle manufacturing needs fewer workers.

Also, concerns from environmentalists are to be addressed. The head of the Safe Climate Transportation Campaign, Dan Becker said, “President Biden must act boldly as if the world depends on him because it does,”