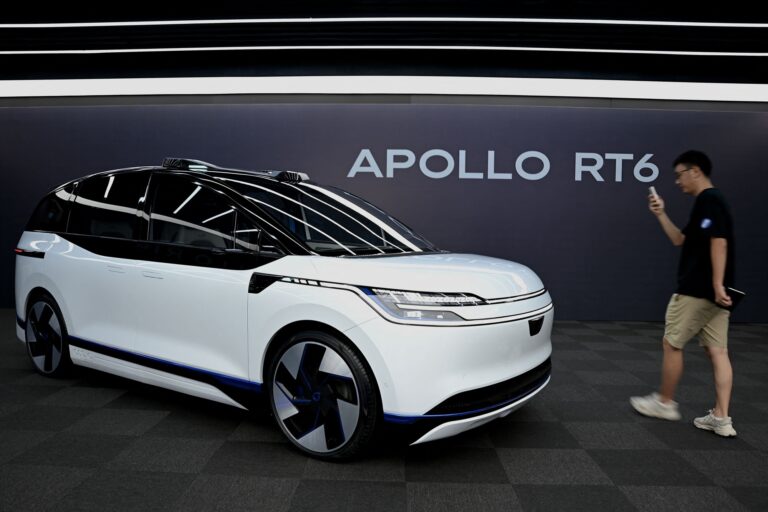 Although Baidu’s cloud business stole the show in the second quarter, growing 31% YOY, the company is doubling down on its autonomous driving program. Baidu partnered with Chinese automaker Geely in 2021 to collaborate on an intelligent EV company. With Geely’s automotive expertise and Baidu’s advanced software, JIDU, the self-driving EV startup, was born in March 2021. Since its foundation, JIDU has unveiled several EV concepts, starting with the ROBO-01. State-of-the-art Nvidia Drive Orin computer chips power JIDU’s ROBO-01 (also powering EV smart cars from automakers like Nio and Li Auto). Earlier this summer in June, Baidu revealed its plans for the future with its 6th-generation AV, the Apollo RT6. The tech giant is partnered with several major automakers to advance the project, including Ford, Toyota, and Geely.

JIDU has ambitious plans to deliver 800,000 self-driving EVs each year by 2028. That being said, Baidu’s Q2 earnings show the tech giant is pushing ahead to achieve its target as Apollo Go takes off.

Although several Chinese companies have fallen victim to halting growth caused by lockdowns and a tech crackdown last year, Baidu, for the most part, has overcome these challenges. Baidu’s total revenue did fall by 5% from 2021 to 29.6 billion yuan ($4.43 billion), its first slowdown in two years. However, analysts predicted a slowdown, and Baidu delivered better-than-expected results. The company cut costs by 5% to conserve but maintained R&D expenses to accelerate its EV self-driving business, Apollo Go.

The program hit many milestones. One is that 287,000 rides were provided in Q2, surpassing 1 million rides total on July 20, 2022. Then on August 8, Apollo Go began fully driverless rides, making it the first to do so in China. Also, the self-driving service also started charging fees after receiving a permit on July 20.

Apollo Go is now available in over 10 cities, including all major Chinese cities (Beijing, Shanghai, Guangzhou, Shenzhen). So far, the program is progressing rapidly, and Baidu seems to have the first mover advantage in China. With strong partnerships and industry ties, it will be exciting to watch the self-driving company grow, especially as the all-electric Apollo RT6 begins rolling out. Baidu’s Q2 earnings indicate the company is not slowing down, and as China’s economy reopens, Apollo Go will likely continue seeing strong demand.