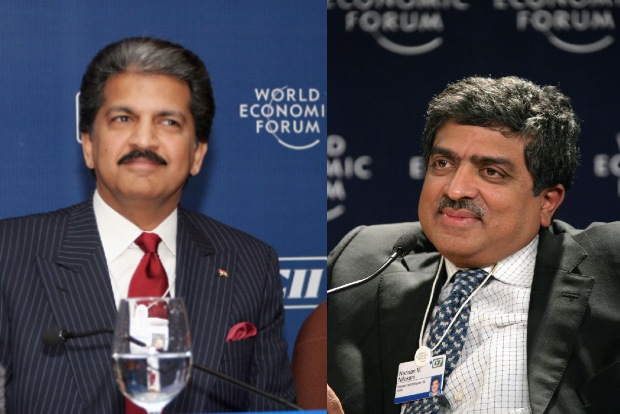 Banglore No More The ‘Silicon Valley Of India’? Now ‘TecHalli’?

For a while now, the city of Bangalore in India was being called as ‘the Silicon Valley of India’ as it has become a hub for all major tech companies in the country, just like the Silicon Valley region in southern San Francisco Bay Area of California, US, which is a home to some of the biggest tech companies in the world, including Apple Inc., Facebook Inc., and Google Inc.

As much as this title of ‘Silicon Valley of India’ fits the city of Bangalore perfectly, it however is not “original” and not Indian enough for the city. In efforts to find a new name for the city, the chairman of the Mahindra and Mahindra Group, Mr. Anand Mahindra and the co-founder of Infosys, Mr. Nandan Nilekani, set out on Twitter. Mahindra askes the netizens and the Twitter users to suggest them a name for the same.

Expressing his thoughts, Anand Mahindra Tweeted- “A Shuttle between 2 High tech Valleys! Like many, I’m not thrilled by Bengaluru being called’Silicon Valley of India.’ Too derivative & ‘wannabe.’ What do you think would be a good, original title for  India’s High-Tech capital? Haven’t had a caption competition for a while.”

And so, both the business men set out on Twitter to find a new name for the city. To find the new name, Anand Mahindra hosted a competition on Twitter where the person who suggests the best fit name for the city, wins a scale replica of the car- Pininfarina’s H2 Speed.

The competition was open for 48 hours and open to ever one on the platform to tweet and suggest the name. Many suggestions like “TECH GULLY” and “Technology Garden” popped up.

Although Anand Mahindra hosted the competition and got tremendous amount of responses, the choosing of the best name for the city was done by both- Anand Mahindra and Nandan Nilekani.

A big ‘Thank You’ for the huge number of entries. I’ll compile them soon. Instead of choosing the winner myself I thought it’ll be far more appropriate-& fun—to ask @NandanNilekani – one of the creators of India’s ‘Silicon Valley’ to be a co-judge. (He’s agreed)Watch this space! https://t.co/u6YQExBccL

Nandan replied to this by tweeting- “Looking forward @anandmahindra !” with a retweet of the original post mentioned above by Anand Mahindra.

On the day after the post was made, Anand Mahindra announced the winner. He tweeted about this saying- “We have a result: @NandanNilekani who agreed to be a co-judge shortlisted 4 entries and then we both converged on one entry from those that we thought was the most appropriate. And the winner is…(Drumroll please) ‘TecHalli’ submitted by @SrinivasPReddy”

We have a result: @NandanNilekani who agreed to be a co-judge shortlisted 4 entries and then we both converged on one entry from those that we thought was the most appropriate. And the winner is…(Drumroll please) ‘TecHalli’ submitted by @SrinivasPReddy 👏🏼👏🏼 (1/2) https://t.co/u6YQExBccL

He made another tweet to explain the meaning of the new name.

His entry cleverly put the ‘H’ in Tech to double use. By capitalising the ‘H’ he drew attention to ‘Halli’ meaning Village/Place in Kannada. So we now go from Silcon Valley to TecHalli ! Srini, DM @MahindraRise your mailing address to receive a model Pininfarina H2 Speed (2/2) pic.twitter.com/N5UcD5oU7b

The new name, did receive some constructive, which Anand Mahindra handled very smoothly.

Well it’s time they made an attempt to understand what it means. Much of the world doesn’t speak English and didn’t initially understand what Silicon Valley meant either. 😊 https://t.co/5VLjvApK58

The name “TecHalli” will give the perfect impression of the city being home to major tech companies in the country, at the same time remind us of our roots and Indian culture, according to the entrepreneur Anand Mahindra.