Bank Fraud Experts use AI To Predict Scammers’ Next Move 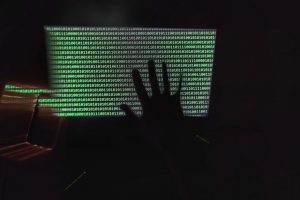 Bank fraud experts in Singapore are putting forth a roadblock to scammers who try to fool the financial institutions by disguising themselves as customers and gaining access to real customer accounts and funds. With, artificial intelligence on the lead, the scammers are in for a hard curveball. Machine learning and data analytics will now help the banks and police in inspecting the behavioral patterns of scammers which will help them to predict their next move and be on guard.

With the help of technology, banks and police will be better equipped to monitor and predict scammer behaviors. Machine learning and data analytics will facilitate the creation of systems that are capable of monitoring transactions on a scale that is rather unprecedented.

The robotic process automation integrated into the operations by the Anti-Scam Centre(ASC) of The Singapore Police Force will enable the creation of a standardized format through which information and details concerning suspicious accounts can be shared with the banks. This will sharpen their foresight about the next step to be taken by these scammers.

According to Mr.Royston Soon(vice-president of fraud risk management, OCBC Bank), the systems proved to be quite accurate and sharp in the identification of scam-related transactions.

The machine learning model makes it possible to discern the probability of another fraudulent transaction.

The AI system will trigger an alert if a new and suspicious behavior is detected. This can be used in the effective identification of money frauds thereby ensuring the security and safety of transactions. Once the identification is successful, the required action can be taken before the transfer of funds take place.

OCBC launched the fraud surveillance system back in 2016 and it has been quite successful in pointing out possible frauds. The system gives a risk score to each transaction it monitors. The ones with high-risk scores trigger the alert leading to a proper review by an analyst.

According to Mr.Soon, the machine learning algorithm has enhanced the accuracy of fraud case detection.

An anti-financial malware system was implemented by OCBC in 2019 which is capable of identifying the device from which the bank services are accessed from. The system is capable of accurately identifying true IP and location even if spoof technology is being used. This will pose a challenge to fraudsters who usually access accounts from multiple devices. In addition to this, the system also keeps a check on behavioral biometrics. The typical finger movements and clicks are accounted for. This data will help in ascertaining whether or not the person using the bank’s platform is its actual customer or not.

With the addition of new data points, the system is being further improved.

By blending in the information from ASC, the bank has been successful in setting up a scam hunting sentinel. While these systems exhibit effective functioning, it has to be kept in mind that they require constant updating since scammer behavior changes from time to time.