If you’re reading this website, then you’ve no doubt heard of some form of cryptocurrency or other. Usually associated with the biggest name of Bitcoin, this modern form of currency has made great strides in the few years since its inception, moving from small and underestimated to an enormous force in modern and online finance.

The supporting structure of these cryptocurrencies are tied to what is known as blockchains, the decentralised data cores which map and record the data currently in circulation, and all the involved transactions. 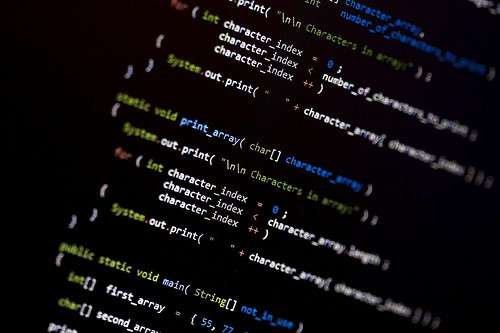 With issues regarding the struggling of the Rupee on the international market, there are a few cryptocurrencies, such as BankChain and IndiaChain, which aim to take up a more involved role in India’s current financial market. In this article, we take a look at what these bring to the tech table, and why they might play a big part in India’s future.

Far from the at-home adoption of many traditional cryptocurrencies, BankChain is rare in that it operates as official software for the State Bank of India, India’s largest bank. One of the rare attempts from a major government to push into the world of cryptocurrency tech, BankChain acts as one of the avenues in which the Indian government attempts to bolster their economy, in the face of the recent weakening of the Rupee due to the slowdown in the global economy, also felt by traders worldwide.

The stated primary purpose of BankChain is to help better facilitate the trading of information between those who also buy into the trading network. This applies on both a national and international scale, requiring a significant initial investment from those involved.

Not only will the greater ease of this communication aid in increasing efficiency, it is hoped that it will also help prevent the ongoing problem of financial fraud. This is commonly performed through a repeat presentation of the same merchant discount bills to multiple banks, which this improved communication should make impossible. 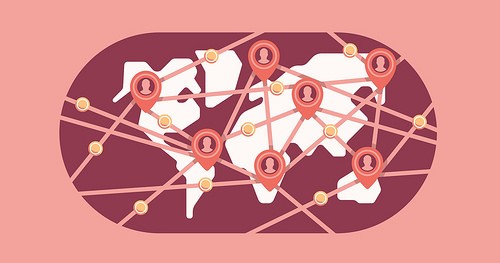 “Blockchain is Worldwide” (CC BY 2.0) by Descryptive

Included in this BankChain, aside from the State Bank of India, are the ICICI Bank, DCB Bank, UAE Exchange, Kotak Mahindra Bank, Federal Bank, DCB Bank, and the Deutsche Bank. The close involvement of these major players on the international scale should also decrease the problems commonly faced with the use of cross-border payments.

While BankChain sets its sights on the banking world, IndiaChain aims to create a similar situation on a more national scale. Rather than targeting banks specifically, IndiaChain places its emphasis on building a blockchain infrastructure which works for both government services and private businesses. Created and developed by Niti Aayog, this blockchain platform has been developed to be fully-scalable, and useful to a wide range of the technologically advanced nation.

When it comes to real uses of IndiaChain, the idea is that of cooperation and problem-solving. By creating a shared infrastructure, one which is both open and helpful with new members, users are able to develop what is known as sidechains. These chains, derived from the main blockchain, take elements of previously developed components and modify them further into a much more targeted environment.

A more direct example would be the idea of using digital certificates to note university graduates from the year 2019 onward. This is especially important because India has a significant issue with fake certificates being issued or copied from many higher-learning institutions. As this leads to general poor performance when it comes to dishonest workers applying for projects they do not understand, which is a huge draw on resources for individual businesses and the country as a whole, this is one of the matters which could immediately benefit from this technology.

By using IndiaChain to record those who really have obtained legal qualifications, the often time-consuming and expensive background checking process can be largely or entirely eliminated.

When it comes to both BankChain and IndiaChain, and their related offshoots, perhaps the most significant advantage of blockchain technology comes in the form of security. By keeping the backing data heavily encrypted and decentralised over a larger network of systems, hacking attempts become much more difficult than at any point in the past.

In simple terms – prior hacking efforts for business and major institutions would not usually be simple, but they could still be performed by a sufficiently knowledgeable person through a single dedicated attack.

With blockchain technology, these attacks would not only have to break through high levels of encryption, they would have to simultaneously target many different systems, and modify enormous quantities of sequential data which is heavily informed by its predecessors.

While this level of modification might technically be possible, it would also require an enormous time sink and hugely powerful computer networks. Even following this, the changes would be so necessarily drastic that they could not feasibly go unnoticed.

India has never been a stranger to technological innovation, and the likes of BankChain and IndiaChain are the latest example of this. While the promises of these technologies are so high, we have yet to see adoption on this great a scale. If successful, and indications are strong, we can expect similar technologies to become highly adopted by other nations. It’s just a matter of time.